In the last couple of days Marriott has tweaked the SPG App as well as the Marriott website when logged in under the SPG account even more and managing your reservations (especially same day ones) became pretty much impossible. 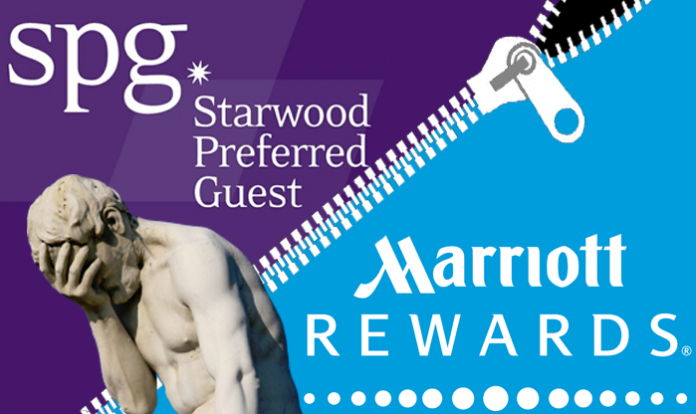 It’s now also impossible to enter any additional information during the booking process such as preferences or messages to the hotel when using the SPG App.

Guests often like to include messages for hotels into reservations such as a preferred room or a notation about other guests, check-in time etc and his hasn’t been a problem until recently even though the SPG App/Site is now just a sleeve of the actual Marriott one but with plenty of weird error messages along the way.

The only option one is now being offered on both the SPG as well as the Marriott App is to book it straight away without even having the option of adding any additional reservation information such as arrival time. It’s completely useless now. 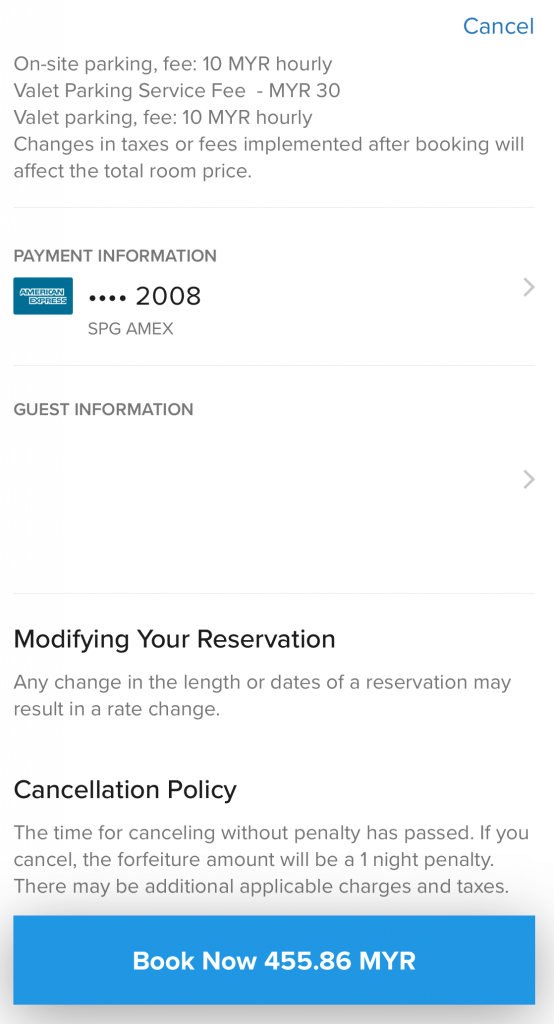 You were always able to later access the reservation on the website and make adjustments there but that’s now limited as well. If you make a reservation for the same day the booking is immediately showing the status “In Progress” and you can’t access it at all anymore.

This includes reservations with a 6PM same day cancellation policy so the customer can’t do anything with this booking even if the rate rules would allow to do so: 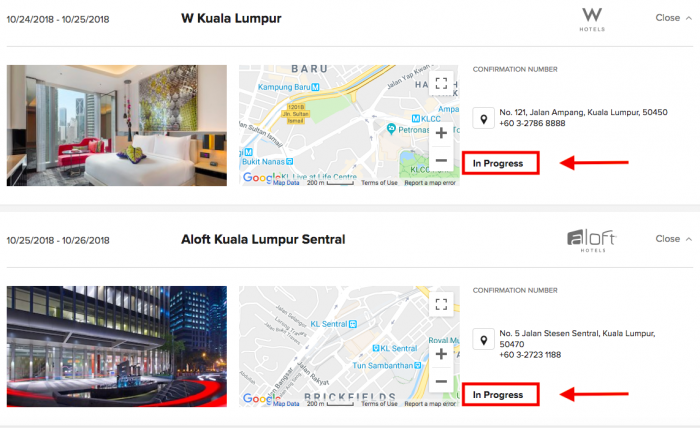 I was in one of these situations today as the rate fell and it was impossible to rebook/update it to the currently displayed one when checking actual daily rates. I had it adjusted at the front desk but still a very inconvenient and customer unfriendly move by Marriott, not that it would surprise me.

Marriott really managed to screw every little thing along the way up that they could. SPG had a very well functioning infrastructure and even though there was an occasional IT blackout on the weekend there were generally very few problems.

Since Marriott took over it has really taken every wrong turn there was to take and it has been felt by the customers. This issue with the reservation management isn’t something that should suddenly occur especially since it has so far been working flawless.