The first international hotel to ever open in Abu Dhabi that has carried the Hilton flag since 1973 Hilton Abu Dhabi (Corniche) will exit the Hilton system on December 31, 2018.

A LoyaltyLobby reader dropped us a note about the alert that is displayed on Hilton’s page for this hotel that bookings made past this date will not accrue points (and surely no elite benefits will be extended either).

It is unclear at this point if award reservations are honored (pun intended) past the reflag date and under what brand will the hotel operate come January 1, 2019.

Hilton has an issue in Abu Dhabi. After the reflag there is only the Hilton Capital Grand hotel left that is not very convenient for the city unless you need to be close to the convention center/airport.

The National newspaper run a very good story about the history of this iconic Abu Dhabi hotel earlier this year (access it here): 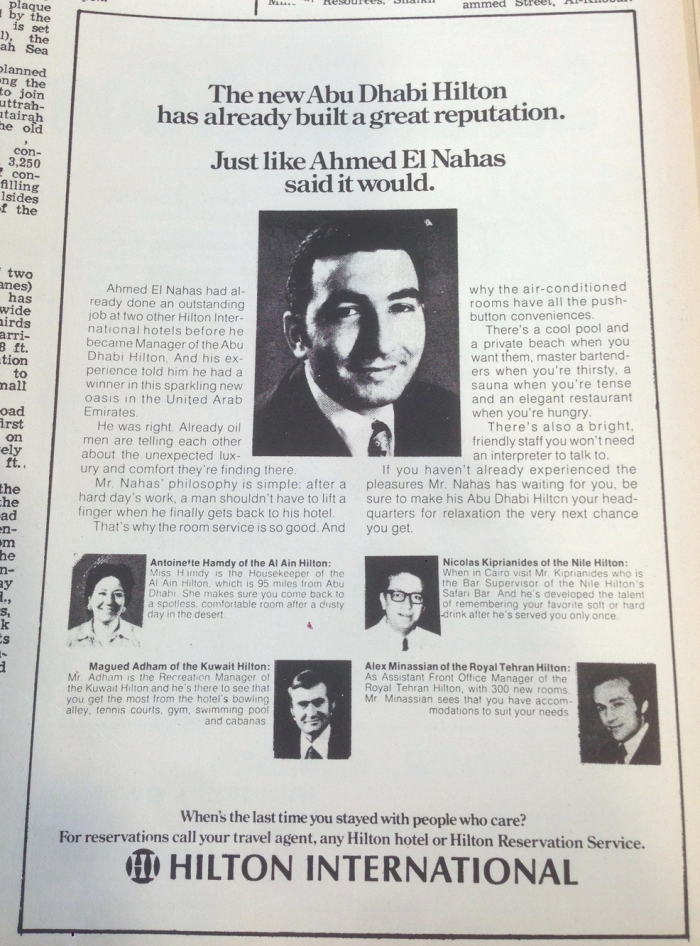 On a sunny afternoon in 1973, a group of people gathered on what had been an empty sandbank just a few years before.

They were waiting for Sheikh Zayed, who on May 23 was about to open a building that would change Abu Dhabi for ever.

At around 1.30pm, the late president cut the ribbon on Hilton Abu Dhabi using golden scissors.

On that day forty-five years ago, the late president toured the function halls, swimming pool and tennis courts along with the manager, Ahmed El Nahas.

Afterwards, hundreds attended a lavish state lunch at the hotel’s Liwa ballroom, the police band played while a model of the Maqta Bridge was placed on the centre table.

Built at a cost of Dh38 million, it represented a new era of internationalism for the city.

Abu Dhabi had hotels before. The Beach Hotel had operated on the site of the modern-day Sheraton Corniche, the Al Ain Palace was open, while Al Ain already had its own Hilton.

But this was the first five-star brand in the city, redolent of a glamourous era when top hotels where the place to be seen. Abu Dhabi also desperately needed to cater for the surging number of visitors arriving on the back of the oil boom.

It is always sad to see historic hotels to leave any chain, although this is not that old but important in the development of the Abu Dhabi to what it is today.

I have been to Abu Dhabi numerous time but never stayed at this Hilton property (numerous time at the InterContinental nearby – seems almost equally old). I have stayed couple of times at the Capital Grand and the other reflagged Hilton property that was in the city center.