Indonesia’s Lion Air has lost one of it’s Boeing 737-800 aircraft short after it’s departure from Jakarta early Monday morning according to a company spokesman and Indonesian authorities. 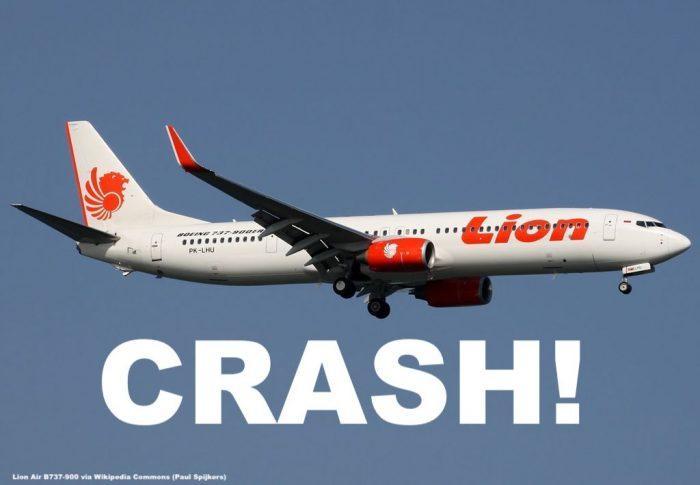 Flight JT 610 was en route from Jakarta to Pangkal Pinang in Sumatra but apparently crashed 13 minutes into the flight off the coast.

Neither authorities or the airline have so far confirmed if any survivors have been found as rescue efforts are still underway but radar shows that the aircraft has definitely crashed into the sea several hours ago.

The following flight data can be retrieved from Flightradar24 showing the planes path:

The flight lasted just a short 13 minutes before it went down into the sea and it had already climbed to 5,450 ft before it began to plummet from the skies with the last measured altitude being 3,650 ft.

Assuming there are no survivors of this tragedy this crash could end up being the worst airline disaster in Indonesia since an AirAsia flight plunged into the sea in December 2014, killing all 162 on board.

A Lion Air Boeing 737 passenger plane with 188 people on board has come down after taking off from the Indonesian capital, Jakarta. Flight JT-610 was on a scheduled flight to Pangkal Pinang, the main city in the Bangka Belitung Islands.

It lost contact with ground control a few minutes after take-off, and was last tracked crossing the sea – it is unclear if there are any survivors. The plane was a Boeing 737 MAX 8, a brand new type of aircraft.

Flight JT-610 took off from Jakarta at 06:20 local time on Monday morning (23:30 GMT on Sunday). After a short flight, it was due to arrive in Pangkal Pinang an hour later.

At a news conference, officials said it had been carrying 178 adults, 1 infant and two babies, as well as two pilots and five cabin crew. …

Yusuf Latif, a spokesman for the national search and rescue agency told reporters: “It has been confirmed that it has crashed.”

Airline Chief executive Edward Sirait earlier told Reuters: “We cannot give any comment at this moment. We are trying to collect all the information and data.”

The head of Indonesia’s disaster agency, Sutopo Purwo Nugroho, has tweeted images which he said showed debris and personal belongings that came from the aircraft.

The debris shows the destructive forces at play here which doesn’t appear very hopeful to find any survivors of this crash while next of kin have gathered at the airport in Sumatra and Jakarta.

The search and rescue efforts will be ongoing and stories updated with facts as they develop. Experts are going to investigate this crash as usual and will include the national agency as well as a team from the manufacturer (Boeing) as well as the U.S. NTSB as the manufacturer is U.S. based.

Lion Air’s previous crash in Bali where the plane has overshot the runway and went into the ocean didn’t result in any fatalities. This possibility is pretty much non existent in this case given how high the plane already was and it’s sudden, non-gradual plunge. RIP! 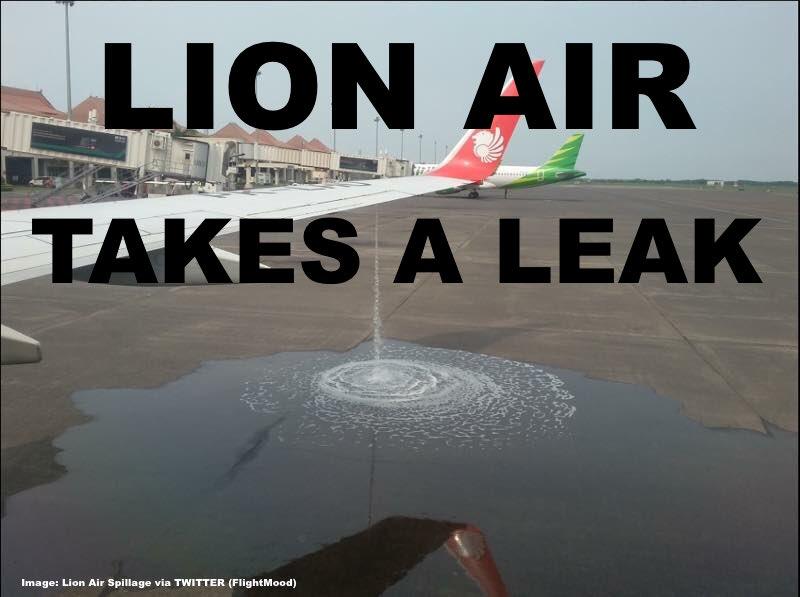