Whine Wednesdays: Aircraft Disinsection (Spraying) Prior To Arrival In Many Countries

Our Whine Wednesday topic this week is Aircraft Disinsection better known as “spraying” of an insecticide by the cabin crew before arriving in countries where national law requires this practice. 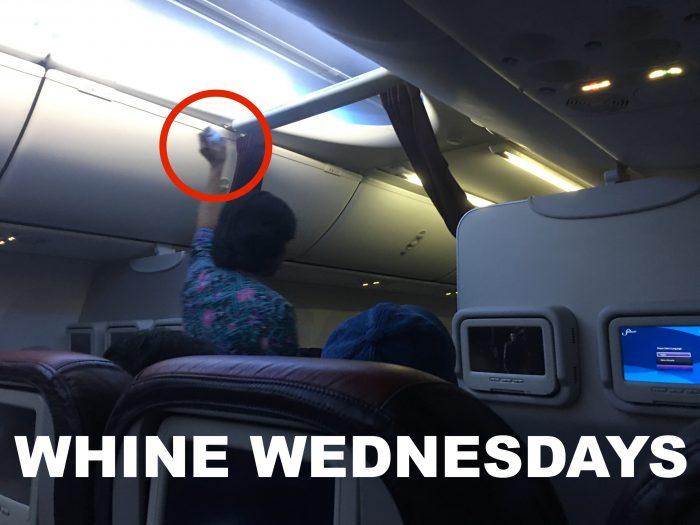 Several countries especially in the Asia Pacific region have the requirement that all aircraft need to be sprayed prior to arrival which is quite uncomfortable for passengers.

Spraying the aircraft has been pretty much standard for many years when traveling to Australia, New Zealand and some Island nations that try to protect themselves against brought into the country through insects or dirt on passengers clothing.

Some time (not too long) ago Malaysia has started to require this disinsection process as well on all flights landing in Malaysia from abroad which is especially annoying if you just have a connection flight.

You can read more about this practice on the website of the World Health Organization WHO.

Many countries require disinsection of aircraft (to kill insects) arriving from countries where diseases that are spread by insects, such as malaria and yellow fever, occur. There have been a number of cases of malaria affecting individuals who live or work in the vicinity of airports in countries where malaria is not present, thought to be due to the escape of malaria-carrying mosquitoes transported on aircraft. Some countries, e.g. Australia and New Zealand, routinely carry out disinsection to prevent the inadvertent introduction of species that may harm their agriculture.

Disinsection is a public health measure that is mandated by the International Health Regulations (Annex 2). It involves treatment of the interior of the aircraft with insecticides specified by WHO. The different procedures currently in use are as follows:

– treatment of the interior of the aircraft using a quick-acting insecticide spray immediately before take-off, with the passengers on board;

– treatment of the interior of the aircraft on the ground before passengers come on board, using a residual-insecticide aerosol, plus additional in-flight treatment with a quick-acting spray shortly before landing;

– regular application of a residual insecticide to all internal surfaces of the aircraft, except those in food preparation areas.

Passengers are sometimes concerned about their exposure to insecticide sprays during air travel, and some have reported feeling unwell after spraying of aircraft for disinsection. However, WHO has found no evidence that the specified insecticide sprays are harmful to human health when used as recommended.

Do these sprays really help to kill any insects or bacteria? Even if it ain’t harmful it certainly isn’t good for humans either and what happens to the potential insects in the baggage compartments and wardrobe where baggage and jackets are kept?

I usually try and use the restroom while the spraying is being carried out and also open the air vents to help the cabin air out more quickly.

I wonder why for example Malaysia started this spraying all of a sudden and never before. I’ve been using Malaysia Airlines for at least 4 years now due to their constant Business Class sales ex Bangkok and never encountered this practice except for my last 3 flights.

Hilton System Update Has Started (All Functionality Down For A Day)