Japan Airlines disclosed on Thursday that its pilot had been ten times over the limit for UK last Sunday and had been arrested after crew bus driver had alerted the police (why the other crew members were silent?). 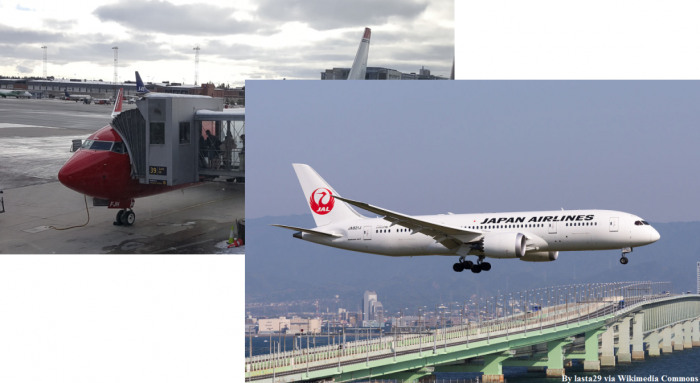 Then on Friday evening, Norwegian Air International pilot who was scheduled to operate flight D8 772 from Helsinki to Dubai was under influence (zero tolerance in Finland).

Here’s an excerpt from Japan Times (access their piece here):

Japan Airlines Co. said Thursday one of its pilots was arrested by British police for drinking alcohol before a flight from London to Tokyo, leaving the airline to operate the flight with two pilots rather than the normal three.

JAL said the level of alcohol in the 42-year-old copilot’s system sharply exceeded the legal limit in Britain after drinking two bottles of wine and five cans of beer for six hours from 6 p.m. the night before the flight to Haneda airport.

JAL Flight 44’s departure from London at 7 p.m. on Sunday local time was delayed by over an hour.

The driver of a crew bus at Heathrow Airport noticed the smell of alcohol on the copilot’s breath and reported it to police, according to JAL.

The police learned of an intoxication suspect through the airline’s own control, Laine told reporters.

Norwegian Communications Manager Astrid Mannion-Gibson commented on a case on a Friday night in a short email. The message shows that it was the captain of the machine. According to Mannion-Gibson, the police have released the captain.

The Norwegian flight D8772 was originally intended to go to Dubai sometime after 6 pm on Friday night, but the inebriation delayed the departure hours. Finally, the aircraft got off after the evening.

Police Laine recalls that in aviation traffic there is zero tolerance for alcohol. According to him, the pilots’ blinking readings were between zero and 0.5 bucks.

Some Norwegian employee had alerted the police that came to check the captain (right thing to do) while the crew bus driver had alerted police in London about the state of the Japan Airlines captain (had smelled alcohol).

It practically the end of the career for both of these two individuals. Just why didn’t they report sick and let someone else to operate the flight? Japanese are quite heavy drinkers but two bottles of wine and five cans of beers if you are scheduled to operate a flight the following day?

The passengers on the Norwegian flight that was delayed by more than four hours arriving to Dubai are each eligible for 600 euro compensation. I hope that Norwegian handed them the leaflet about Air Passenger Rights under the EC 261/2004 that they are obliged to.

Accor launched its cleanliness initiative with Bureau Veritas a couple of weeks ago (read more here), and then Marriott released their week ago (read...