American Airlines today announced changes to its AAdvantage elite program that will be effective January 1, 2019.

Elite Qualifying Dollar (EQD) requirement for Executive Platinum status will move to $15K from $12K, EXP members that reach 150K/200K/250 EQMs can choose additional rewards, British Airways/Finnair/Iberia/JAL EQMs earnings are aligned with those of AA and some changes to how special fare tickets are handled.

You can access AA’s page for these changes here.

Here’s an example from BA: 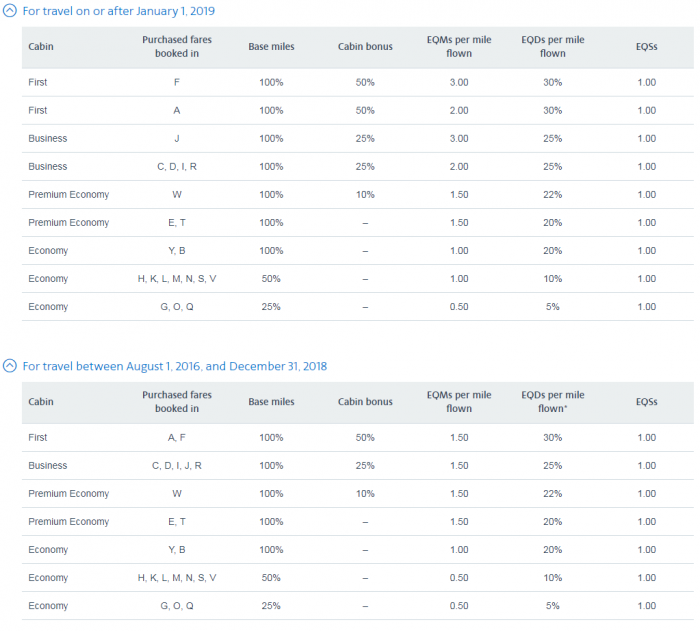 4. Drop In Number Of EQMs Earned In Y

American Airlines changes the EQMs earned in Y fare class from 1.5 to 1.

American Airlines also notes that they have increased the number of airlines whose awards can be booked online or using the app without having to call the the airline. Let’s hope that they can bring the rest online as well.

AA here is merely following Delta and United with the updated EQD requirement for the Executive Platinum status. Interesting to see how high they will go and what is the limit.