Are Airport Vending Machines The Worst Place To Buy a Local SIM Card Upon Arrival?

In order to save international roaming fees many travelers seek out a local SIM card when traveling abroad and airports / vendors have reacted in offering them from vending machines in the arrivals area if local laws permit. 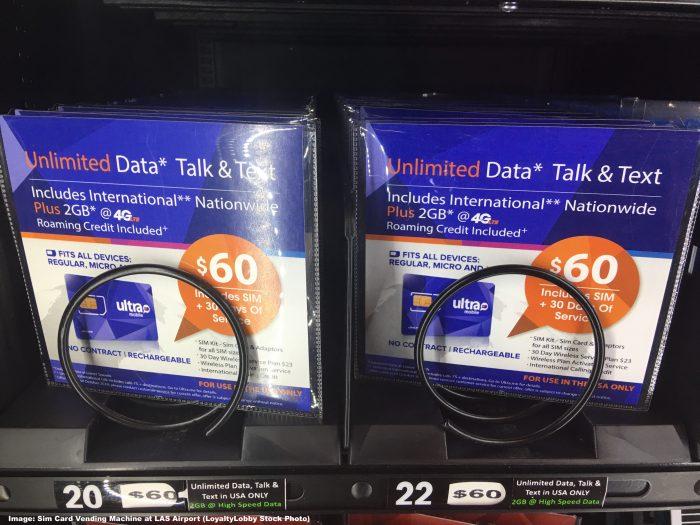 Prices can vary greatly and it often doesn’t even make sense as it’s so expensive that you can just as well use a roaming option.

Anything that’s purchased at the airport almost always has a premium to it due to expenses for the concession the vendor has to pay but also because they want to take advantage of uninformed customers who just arrive and want to just get the purchase of whatever product out of the way.

When arriving at Las Vegas McCarran Airport earlier this week I walked past a vending machine and had a glimpse inside, spotting various SIM Card products for as much as US$60 valid for a 30 day period.

Now, cellphone plans have always been rather expensive in North America but $60 is excessive because you can a decent data/voice option for a third of that from AT&T or T-Mobile among other providers as a prepaid option. This requires a trip to the store though and not just the swipe of the credit card in 20 seconds so of course time is money as well.

In Japan it’s somewhat more reasonable. We have covered PrePaid Data options in Japan multiple times here on LoyaltyLobby including those that are being sold from vending machines at Tokyo’s Narita and Haneda Airport. 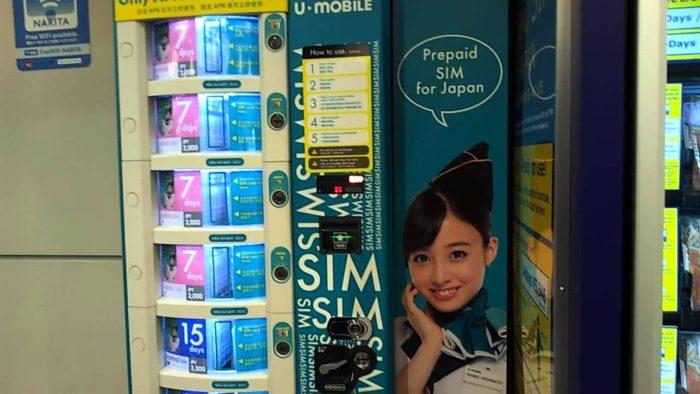 The rates are very reasonable (1900-2100 JPY for 7 days) and exactly the same as those purchased in the city at one of the large electronic shops and other retailers.

I also discovered some SIM Cards for sale at Frankfurt Airport in Germany earlier this year and the prices were just obscene compared to the retail price at the big cellphone carriers. Don’t buy them at the airport!

It’s important to have some sort of a feel if a product is highly overpriced or if the offer is reasonable. It doesn’t always make sense to rush to a proper in town store immediately but then the other question is how urgent does one need a Sim card anyway, is it really necessary to immediately be connected to the internet again right after landing?

What Did You Win From Marriott’s (SPG) 29 Ways Sweepstakes? 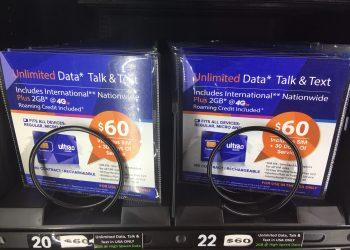 Are Airport Vending Machines The Worst Place To Buy a Local SIM Card Upon Arrival?