Passengers and Crew of an Air Astana Embraer 190 (not the aircraft pictured below which is an A320) had a second birthday late Sunday as the aircraft suffered from flight control issues short after takeoff in Lisbon. 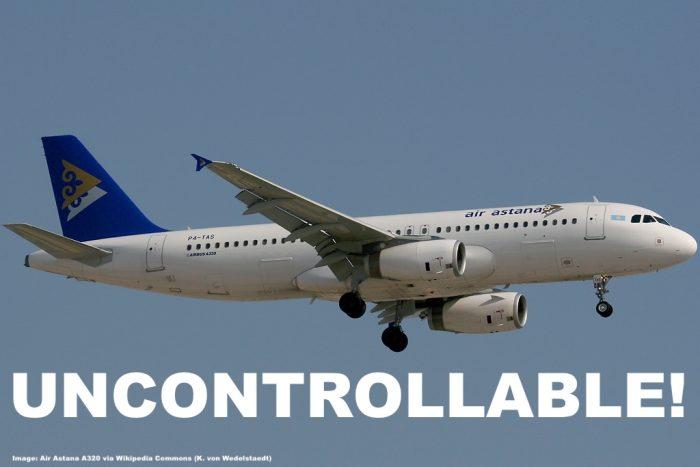 The pilots managed to maneuver the plane through the skies for roughly two hours before being able to make an emergency landing that ended without fatalities.

After the flight took off from Lisbon on Sunday the pilot immediately called Mayday and described the issue as “the aircraft being completely uncontrollable”.

There were a total of six people onboard the Air Astana Embraer E190 which was undergoing maintenance in Portugal. All six individuals onboard were Air Astana employees including flight crew and engineers that handled the aircraft during the maintenance trip.

Youtube Channel AeroVIsion has uploaded a recording of the ATC comminication:

Here is the full flight path that the plane took provided by Flightradar24 : 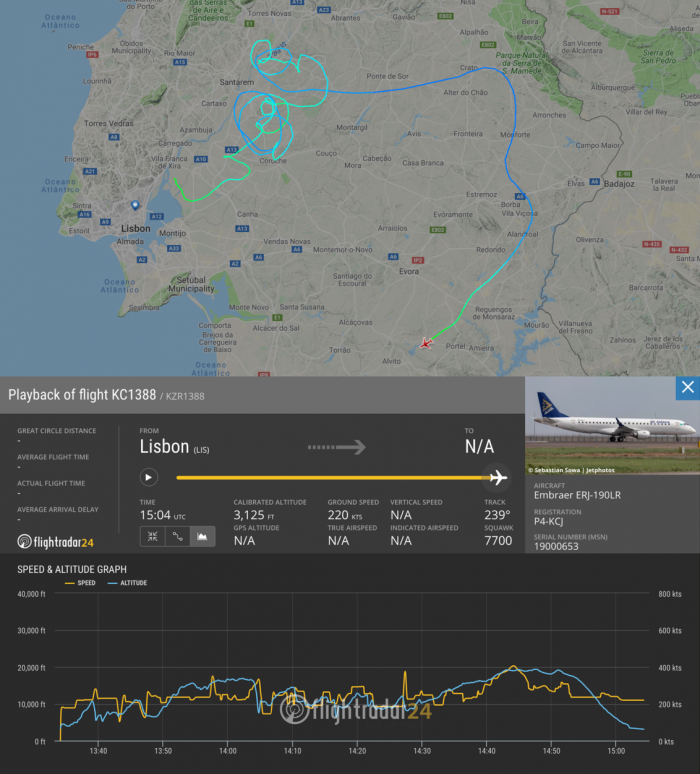 The Air Astana pilot requested at some points for directions to the open ocean which is audible as “We need vectoring to the sea please, we will be ditching” which clearly demonstrates that the crew must have gotten desperate and believed firmly there was not much hope in bringing the plane safely to a regular runway or any sort of firm ground.

An hour after announcing Mayday, the pilot announced he finally had control of the plane again and could maintain a set heading and altitude. A pair of F-16 fighter jets of the Portuguese Air Force guided the Air Astana jet southwards toward Beja Airport where the plane finally landed roughly two hours after their ordeal began.

Definitely a horrible situation and these pilots tried everything, literally in a fight for their lives. Amazing that they made it down and were able to actually land without any injuries or fatalities. They can celebrate a second birthday from now on!

After the investigation the cause of the flight control problems will be published in an official accident report, led by local Authorities and international experts including the aircraft manufacturer.