The weekly Compensation Clinic makes a stop at the Hyatt House Los Angeles El Segundo close to LAX Airport where we had a rather bad experience last week.

The Hyatt House is near the airport in Los Angeles (roughly 10-15 min by car) and I’ve stayed at this property a couple times before, though always on the ground floor.

Main problem is that this hotel is three stories high and there is no elevator to at least help carrying the baggage up and down. This is especially a problem because Hyatt House is an apartment style residential type accommodation so people usually carry a bit more baggage and also grocery up.

This is the building: 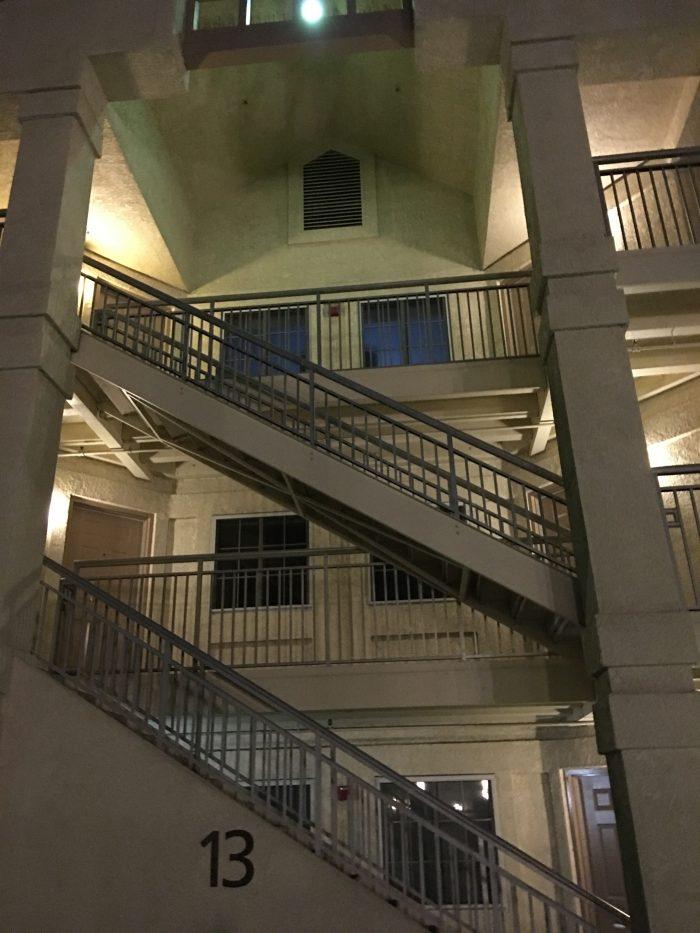 I was assigned a unit on the third floor and had plenty of electrical equipment that I couldn’t leave in the car (despite this property being in a business park, El Segundo border some pretty sketchy areas). It all had to be dragged up to the top floor and back down again.

Unfortunately the hotel was completely sold out during that night as there is an increased demand for hotel rooms in the LA area at the moment.

The biggest issue however was the cleanliness on the third floor: 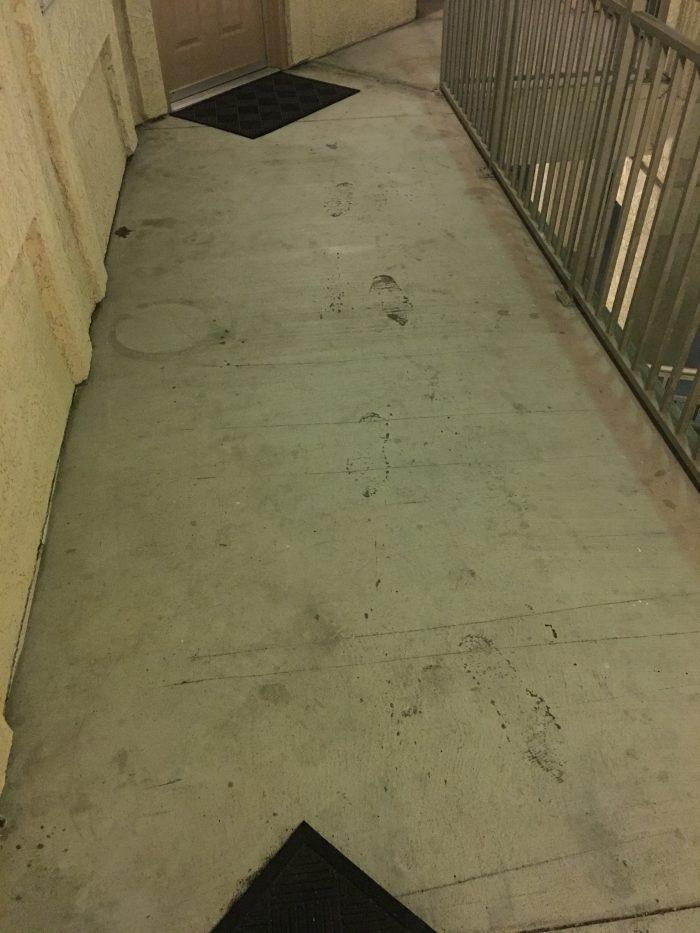 There was also a footprint on the wall and something that looked like rodent droppings. It was just disgusting.

I immediately called Hyatt to inquire about a change to maybe to Hyatt Regency LAX but that property was still sold out at the time. The agent did open a complaint file about the conditions at this hotel though.

The next morning I asked the duty manager to please come up and have a look at the situation which at 9am still was in the same condition as the night before with the exception of some construction equipment which had in the meanwhile been put away.

We later agreed that $150 will be taken off the final bill (basically the entire nights charge except for $20 which I wanted to pay as the stay credit was important for the current promotion and qualification period).

This is one of the older Hyatt House properties and it’s unfortunate they don’t have an elevator installed. Keep in mind this hotel regularly charges between $140-$200+ per night so it’s by no means a cheap place. Many corporate customers stay there as there are plenty of big technology companies in the El Segundo area.

The condition in which this floor was in is absolutely not reflective of Hyatt standard and to be honest not reflective of this property either. On the ground level you can pretty much eat from the floor, it’s well taken care of. There is no excuse for housekeeping or cleaning staff to leave the floor in such condition though. It’s still a Hyatt not a filthy Motel you rent by the hour.