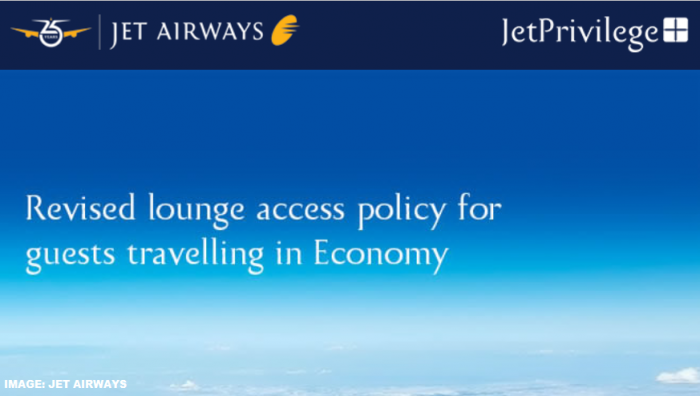 JetPrivilege Gold and Platinum including all partner airline elite members will not have access to lounges when flying in on Jet Airways economy per the email that the airline today sent out.

You can access Jet Airways FAQ’s for these changes here. 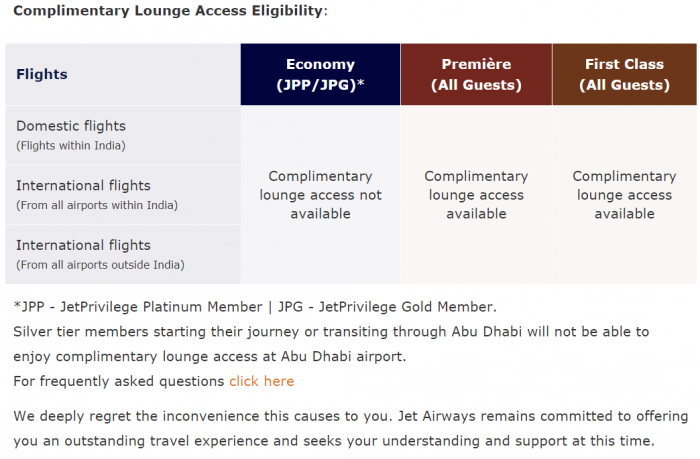 Here’s the email that Jet Airways sent out: 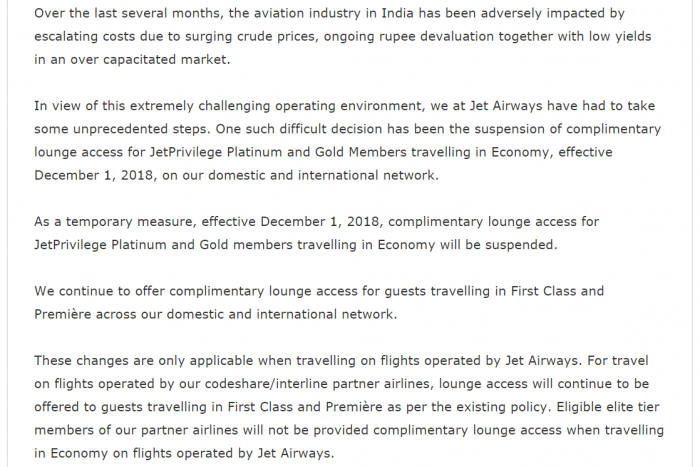 Jet Airways has canceled number of flights lately and staff hasn’t been paid full in months yet they are expected to turn in to operate the flights. Sounds like what happened with another Indian airline with great expansion plans few years ago (Kingfisher) before they went bust.

There has been chatted that perhaps number of international airlines would be interested in taking over Jet Airways but why would take over a mess like this?

Many lounges have not provided access to Jet Airways boarding pass holders as of late (probably haven’t been paid). This merely makes it official what has happened on the ground already for a while. 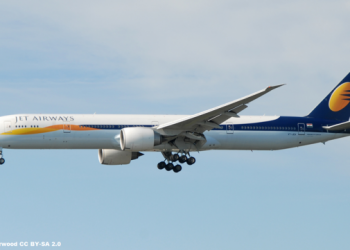 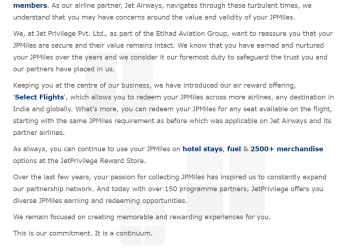