Eurowings had a pretty cool idea for a Christmas Flight this year including free ugly christmas sweaters for all passengers so I felt this should be featured in our Fabulous Fridays series. 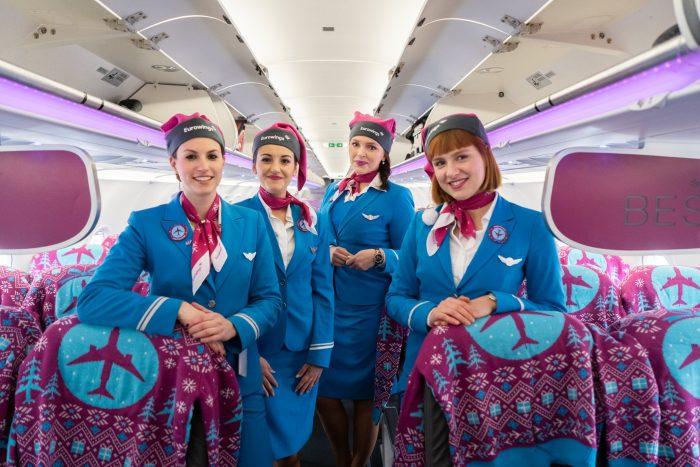 Eurowings flight EW9580 went to Palma de Mallorca yesterday and had several goodies for the passengers including hot chocolate, gluehwein, sweaters and lots of Christmas music.

Several airlines in Europe have these theme flights nowadays like a North Pole flight or the famous Finnair flight to HEL on Friday the 13th.

Eurowings has previously published a press release where one can read about the promotion and then posted the action directly to their Facebook account and Instagram (all pictures below are from their public Facebook album).

Atmospheric Christmas music and appropriate decorations will put Eurowings passengers in the Christmas mood as soon as they board the selected ChristmasWings flights. A festive meal and a tumbler of mulled wine will also be provided. Eurowings wishes a Merry Christmas to all its passengers!

And they definitely kicked this off with a bang: 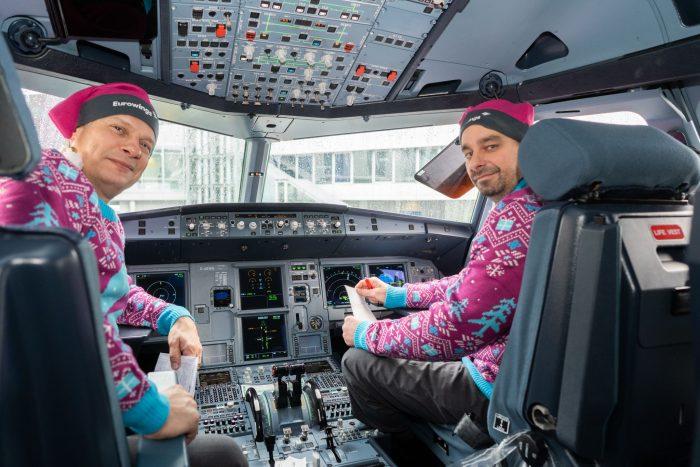 That sweater (as ugly as it really is) looks actually quite fun especially with the airplane on it. Maybe some folks will put it on ebay at a later point and you can get it there if you wish. Apparently the sweaters are limited and not for sale.

Nice to see something positive about Eurowings once in a while and seems the passengers had fun as well on their way to Palma.

If you want to win some of the advertised Eurowings prizes have an eye on their social media channels where the raffles will be held throughout this holiday season. Ho, ho, ho!