British Airways is currently advertising the launch of a new digital bag tag option beginning next month, allowing users to synchronize the tag with flight details held in their BA app and circumvent printed tags. 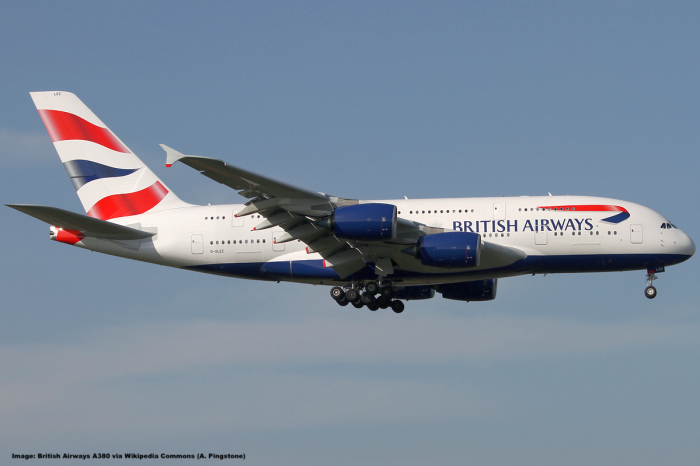 After first experiments involving electronic baggage tags about six years ago lead to nothing Ba now makes a comeback to try again.

Several airlines and even baggage manufacturer Rimowa have attempted to drive away from the traditional paper baggage tag but so far success has been limited to Qantas in Australia while Rimowa failed miserably with their E-Tag products.

An article in this months Business Traveler Magazine refers to an ad in BA’s Business Life that the e-tag is coming FOR a 60 GBP FEE in January 2019.

British Airways is getting ready to launch a new digital bag tag option next month, which will allow users to synch the tag with flight details held in their BA app.

The carrier has yet to announce full details of the service, and indeed the website address ba.com/tag – which has been set up for the launch – currently simply says “Digital bag tag… coming soon…”.

But the latest edition of BA’s Business Life magazine carries a promotional page confirming that the service will launch for customers in January 2019.

According to the page “TAG is a digital reusable bag tag that seamlessly connects your luggage to your smartphone. Simply attach your personal TAG to your luggage before you arrive at the airport, and the BA app makes sure your details travel with it along the way.”

BA says the tags will cost £60 (US$76), and can be reused “more than 3,000 times”, and the airline adds that “Unlike other similar products on the market, TAG’s clever design doesn’t require you to screw-mount it to a suitcase or use adhesive materials”, working instead like a traditional luggage label which can be transferred to which ever piece of luggage the customers is travelling with. …

Indeed the British Airways website does have an address for the e-tag now but it results in nothing: 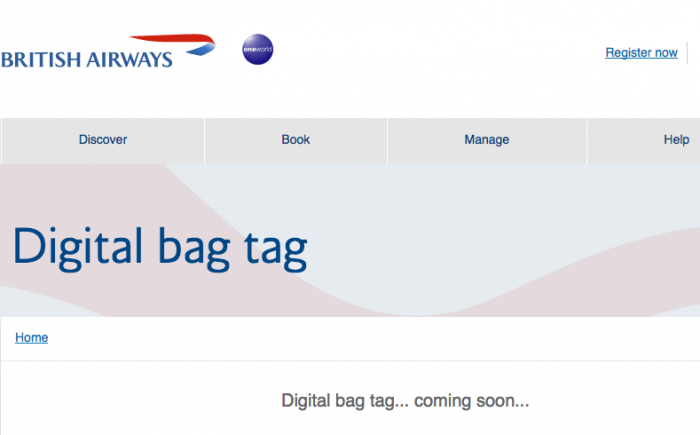 I’m not seeing the point why the passenger should pay extra money in order to buy equipment just to take the responsibility off the airlines hands to label the baggage. If anything goes wrong then that’s just another layer where the carrier can possibly shed responsibility and blame the customer.

There is a video that The Daily Mail had in an article last October where it shows how this system is supposed to work.

Here is how the Qantas product called Q-Tag looks like:

The British Airways item would likely be the same kind of tag just in a BA design and requiring the passenger to use the Application or Kiosks at the check-in area and then drop the bag with an agent at a designated drop off counter.

As long as I’m holding elite status with an airline or alliance I’m not going to utilize any of such devices. Messing around with electronic tags and the app is nothing the passenger should be concerned with if there is the option of using the priority check-in counters where lines are usually short.

I’ve never had a baggage tag ripped off and something going wrong with a bag due to a tag issue in the last two decades. Why fix something that isn’t broken and the most important question: Why pay for that voluntarily?

It’s possible that BA will distribute tags to BAEC status customers on a complimentary basis to get this system going but I’ll definitely pass on that. I’m already happy that I haven’t purchased one the useless Rimowa E-Tag suitcases that initially came with a premium, then were discounted and now Rimowa has discontinued producing the line entirely because airlines don’t accept the bags anymore unless passengers take the battery out. Yet Rimowa still sells the leftover inventory in many countries at super high prices.

British Airways Invites You To A London Adventure!