LVMH, French luxury good company, made an announcement on early Friday that it had reached a definitive agreement to acquire Belmond for $2.6 billion. 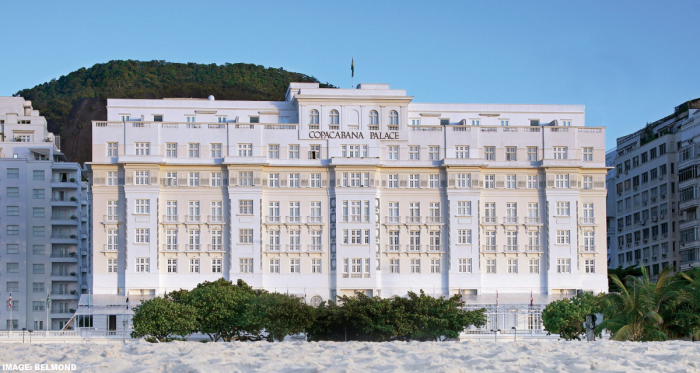 Several hotel companies had been rumored to be among the bidders including Hyatt and Hilton but they lost to the company behind brands such as Louis Vuitton, Dom Perignon and Dior

Here’s the announcement from LVMH:

LVMH Moët Hennessy Louis Vuitton (LVMH.PA), the world’s leading luxury group and Belmond Ltd. (NYSE: BEL), owners, part-owners or managers of 46 luxury hotel, restaurant, train and river cruise properties, today jointly announced that they have entered into a definitive agreement for LVMH to acquire Belmond. LVMH is to acquire Belmond for $25.00 per Class A share in cash. This represents an equity value of $2.6 billion in a transaction with an enterprise value of $3.2 billion. In the twelve months ended September 30, 2018, Belmond recorded total revenues of $572 million and adjusted EBITDA of $140 million. The transaction is expected to complete in the first half of 2019 subject to the approval of Belmond’s shareholders and clearance by the relevant competition authorities.

Established over 40 years ago with the acquisition of Hotel Cipriani in Venice, Belmond owns and operates a global collection of exceptional hotel and luxury travel adventures in some of the world’s most inspiring and enriching destinations. The company operates in 24 countries with its unique and distinctive portfolio of 46 hotel, rail and river cruise experiences.

Belmond’s iconic properties include hotels like Hotel Cipriani in Venice, Hotel Splendido in Portofino, Copacabana Palace in Rio de Janeiro, Le Manoir aux Quat’Saisons in Oxfordshire, Grand Hotel Europe in St. Petersburg, Maroma Resort & Spa in Mexico, Hotel das Cataratas in the Iguassu National Park in Brazil, and Cap Juluca in Anguilla.  Legendary trains, such as the Venice Simplon-Orient-Express and Belmond Royal Scotsman and exceptional cruises such as Belmond Afloat in France fleet and Belmond Road to Mandalay, complete a portfolio that offers extraordinary experiences with curated activities and an understated personal service to a globally-diverse, highly refined customer.

Through this acquisition, LVMH will significantly increase its presence in the ultimate luxury hotel world. Synonymous with history, heritage and timeless experiences, Belmond has a seasoned management team and is an ideal complement to the Cheval Blanc maisons, renowned for their exceptional service, architecture and unique gastronomy.

Roland Hernandez, Chairman of the Board of Directors of Belmond Ltd, commented: “Following a strategic review that attracted broad and deep interest from a wide range of real estate and lodging companies, sovereign wealth institutions and other financial buyers around the world, the Board has concluded that this transaction with LVMH provides compelling and certain value for our shareholders as well as an exciting path forward with a group that appreciates Belmond’s irreplaceable assets and strong management team.”

Roeland Vos, Belmond’s President and Chief Executive Officer, said: “Today’s announcement is the result of the strong execution of our strategic vision that builds on our pioneering legacy and is an exciting development for all stakeholders, including our employees. We are confident that, as part of LVMH’s world-class family of brands, Belmond’s ability to deliver timeless, one-of-a-kind luxury experiences will reach new levels.”

Bernard Arnault, Chairman and Chief Executive Offer of LVMH, added: “Belmond delivers unique experiences to discerning travelers and owns a number of exceptional assets in the most desirable destinations. Its heritage, its innovative services, its excellence in execution and its entrepreneurship resonates well with the values of the Group and is complementary to our own Cheval Blanc maisons and the Bvlgari hotels activities. This acquisition will significantly increase LVMH’s presence in the ultimate hospitality world.”

Belmond (Belmond.com) is a global collection of exceptional hotel and luxury travel adventures in some of the world’s most inspiring and enriching destinations. Established over 40 years ago with the acquisition of Belmond Hotel Cipriani in Venice, its unique and distinctive portfolio now embraces 46 hotel, rail and river cruise experiences, excluding one scheduled for a 2019 opening in London, in many of the world’s most celebrated destinations. From city landmarks to intimate resorts, the collection includes Belmond Grand Hotel Europe, St. Petersburg; Belmond Copacabana Palace, Rio de Janeiro; Belmond Maroma Resort & Spa, Riviera Maya; and Belmond El Encanto, Santa Barbara. Belmond also encompasses safaris, seven luxury tourist trains, including the Venice Simplon-Orient-Express, and two river cruises. Belmond also operates ‘21’ Club, one of New York’s most storied restaurants. Further information on the Company can be found atinvestor.Belmond.com.

Many still recognize Belmond better by its old name of Orient-Express. I stayed at their property in Yangon years ago (Governor’s Residence).

This is a nice collection of luxury hotels that soon will be part of this luxury goods company that already has Bulgari (Marriott operates) and Cheval Blancs hotels.