Our Whine Wednesday topic is the irresponsible handling of passengers during irregular operations such as Lufthansa frequently does it at Berlin-Tegel airport in Germany.

Cancellations and delays happen frequently and nobody like it but airlines should be properly organized and more upfront to passengers when it really hits the fan.

Almost all frequent travelers have encountered irregular operations and especially the winter season is infamous for stranding travelers at airports worldwide.

Airlines ask for the passengers contact information all the time. Phone number, email… but actual important updates regarding cancellations or delays of arrive just in the last second or never at all even though the airline knew way in advance that the flight would incur a delay or cancellation.

I experienced something like that last week at Berlin-Tegel Airport where I had a Lufthansa flight to Frankfurt which normally takes just 45 Minutes. Eventually after one cancellation which Lufthansa knew about more than an hour before they actually informed the passengers (the flight from Frankfurt got cancelled as well at which point it should be obvious that the return flight is also not going to happen) and another 4 hour delay of the alternate flight the total delay was something like 6 hours.

After the cancellation Lufthansa forced many passengers to use the train to get to Frankfurt as all other flights were full (I managed to snag the last two seats upstairs at the Lounge) so people required to get their baggage back. The airline then tried to figure out over 2.5 hours how to return baggage to passengers as Berlin-Tegel doesn’t have a publicly accessible baggage carousel. Eventually they brought all baggage into the customs area and each bag was taken out by ONE airport employee and people could grab the baggage at will in the public area – no receipts or verification necessary. 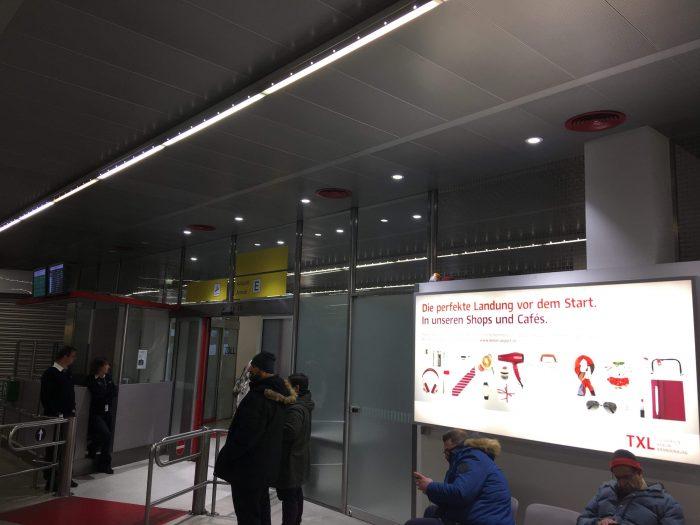 People waited for almost three hours until most got their bags, others never showed up at all or people had to take other flights and claimed them at their arrival airport.

There is almost no real Lufthansa staff at Tegel either as almost all of the employees handling the airline are third party employees who simply sit behind a Lufthansa counter. Nobody feels responsible or compelled to tell the truth.

The contingency plans Lufthansa has in Berlin are pretty much non-existent. Passengers are pretty much screwed as soon as something goes wrong and paired with the blatant dishonesty of the local staff and lack of communication from the airline itself that makes for a perfect storm.

It doesn’t really help that the terminal there is pretty small and if you ever want to see what kind of nasty situations can arise from three delays/cancellations at the same time then this is the perfect place to go.