Our Whine Wednesday topic this week is about certain outdated multimedia equipment in hotel rooms that simply isn’t up to the standard of current times. 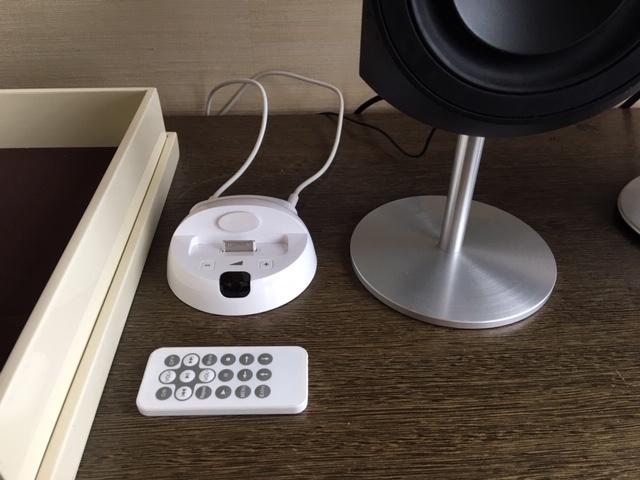 I encountered one such instance this week at the Park Hyatt Shanghai where I had booked a Bund View Suite for New Years Eve and wasn’t even able to connect my iphone or computer to the stereo system.

Technology develops quick and it also doesn’t help that manufacturers such as Apple are constantly changing the style of charging dockets so that an ever evolving number of different chargers and cables is required to keep up.

This isn’t so much a problem for someone who just wishes to charge his own device but a hotel such as the Park Hyatt Shanghai should absolutely be up to date when it comes to offering their guests a proper iPhone dock which really doesn’t cost that much money and the Apple Store is just around the corner.

We were at the hotel for New Years and planning to play some music before heading down to the New Years party. The dock had an access that was the style of iPhone 4 and that model was current when? Like 6-7 years ago?

They have a Bang & Olufsen Stereo System which is able to play CD & Radio (wow!) plus this dock that can connect to an ancient iPhone. No HDMI for the computer either.

When talking to the duty manager he was actually proud of the fact the hotel (a Park Hyatt no less) recently changed/updated the TV’s and they would ‘periodically’ work on the rest. Congrats, that really deserves recognition!

I asked him to either install another adaptor or go next door to the Apple Store and buy one. Then 3 employees began to work on the issue: 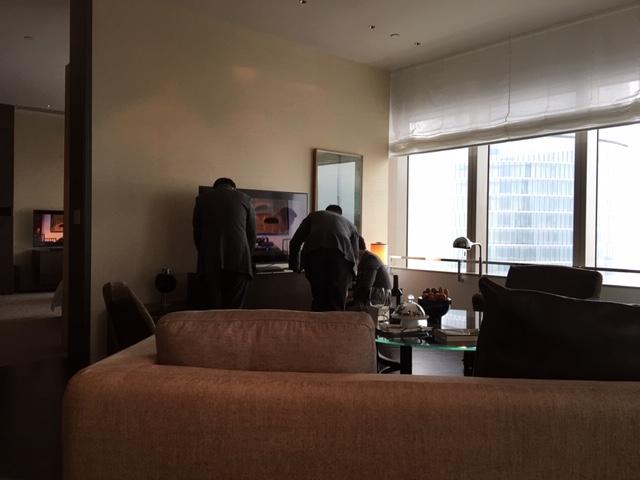 It was quite bizarre to be honest. In the end they came up with a cable adaptor solution that worked – and I only have an iPhone 6S+ so definitely not the newest kid on the block,

Hotels and especially premium properties such as Park Hyatt should really have up to date multimedia options in the room and offer suitable adaptors to guests with reasonably older equipment – not ancient ones.

This reminds me on Volkswagen that used to deliver cars with an actual cassette player well into the CD age unless the customer paid the premium when ordering the brand new car. Penny pinching at it’s worst and it’s simply not acceptable.