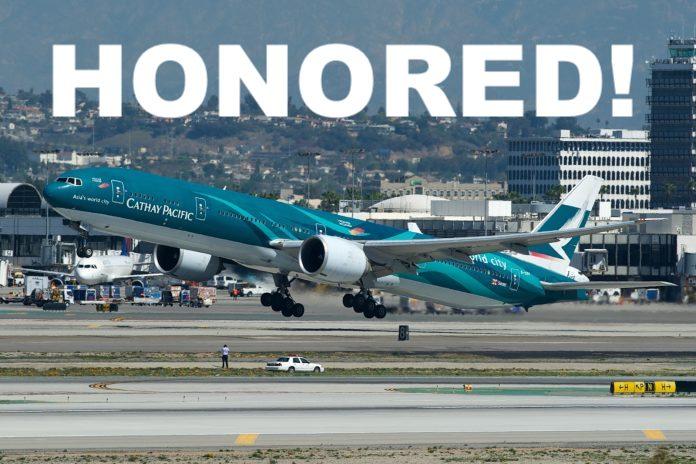 The filed fares allowed passengers to book Cathay Pacific Business Class, First Class or a combination of both to most of their North American gateways and was bookable via several booking channels.

You can access Freddo’s article about this fare here to read up in case you’ve missed it.

One was able to book Business Class for as low as US$674 round trip and first class around US$1000 (I managed to book an open jaw going to Vancouver and returning from San Francisco for $1,104 in First Class).

As always when such an error occurs there is a good chance of the airline not honoring it but Cathay has decided to play nice and do the right thing here, confirming via Twitter today that they will indeed honor the Vietnam Fare: 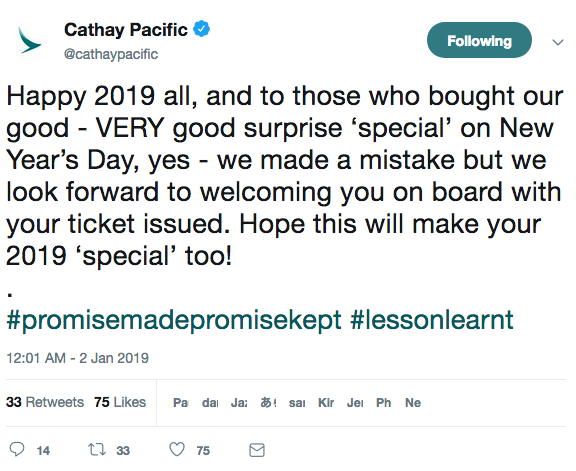 Thank you Cathay Pacific for taking this with a blue eye and making a nice New Years message out of it.

Those who booked this fare can now make arrangements for feeder flights to Vietnam and local hotel accommodations as required.

I’d also like to highlight (as I have several friends who ran into this issue) that Vietnam currently still requires a VISA for U.S. citizens and many other nationalities even though the country has recently loosened it’s entry policy and most European countries can now enter visa free. Please plan for that accordingly and remember that there is also a Visa on arrival option available.

What a way to kick off 2019 with the first mega deal being available in the wee hours of the morning. I was just waking up in Shanghai when I saw this fare and managed to book one following a long night.

We received many comments and messages that this fare can’t be found. In fact since this was an error by the airline they can be (and are usually) gone within hours. We’ll do our best to point this out in the future to avoid any confusion. I booked my ticket on Orbitz as they always give you a 24hr cancellation window in case you find something better or decide to cancel for any reason. 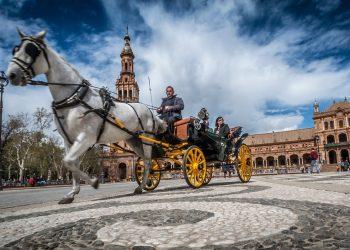 Today’s Airfare of the Day goes to Iberia and their holiday surcharge business class excursion fares for round trip travel... 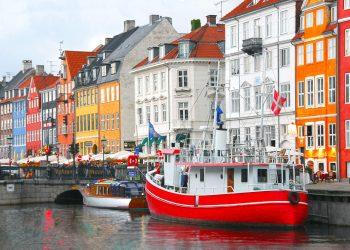 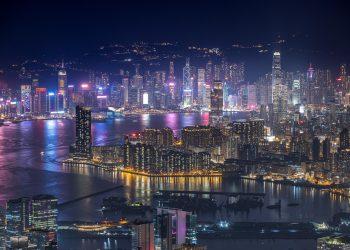 Today’s Airfare of the Day goes to Turkish Airlines and their basic season business class excursion fares for round trip...