Qatar Airways announced late Tuesday that they had purchased 5% stake in China Southern Airlines on December 28, 2018. 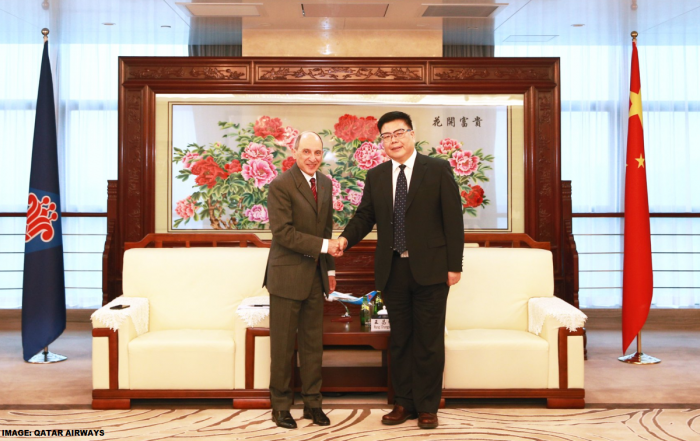 China Southern suddenly exited SkyTeam on January 1, 2019 giving the alliance only 45 day advance notice (read more here). It has been rumored that the airline would be joining Oneworld in due course.

Qatar Airways’ Chairman His Excellency Mr Ali Shareef Al Emadi said, “Qatar Airways regards our shareholding in China Southern Airlines as an important part of our strategic investment in the largest airline in one of the world’s fastest growing aviation markets.”

Qatar Airways’ Group Chief Executive His Excellency Mr Akbar Al Baker added, “China Southern Airlines is one of the most prestigious airlines in the Chinese domestic market and an important market player in the world, with massive potential for cooperation in the future.  Given the complementary strengths and resources of each of China Southern Airlines and Qatar Airways, there are opportunities for us to work together and build a long term relationship in ways that would bring benefits to customers of both airlines. The investment is a clear demonstration of Qatar Airways’ continued commitment to connecting travellers across all corners of the world in a way that is meaningful and convenient.  Qatar Airways very much looks forward to the opportunity to deepen our working relationship with this great airline and further enhance the travel opportunities across the globe.”

It is interesting to see how this Qatar Airways investment strategy will play out in the long-term. They will soon become the sponsoring airline of the Oneworld Alliance from which they have been threatening to leave.

Oneworld has been quiet if and when China Southern will become part of the alliance. The airline’s exit from the SkyTeam was abrupt.

Airfare of the Day [QSuites] QATAR AIRWAYS Stockholm to Singapore from 1,368€