Marriott made an announcement back in late November that Starwood database had been accessed without an authorization by a third party since 2014 and possibly half a billion guest were records stolen. 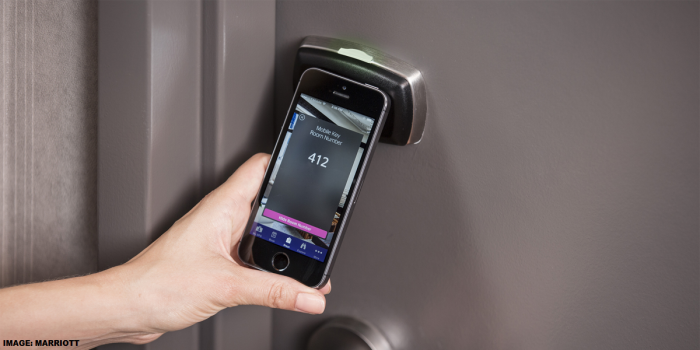 Now, Marriott has provided an update about this incident. As we thought to be the case at the time, there aren’t half a billion guests involved (impossible) but rather guests records, and some may also be duplicates. The number of stolen passport numbers is five million.

Marriott today is providing an update on the number of guests whose passport numbers and payment card numbers were involved in the Starwood reservations database security incident announced by the company on November 30, 2018.

Working closely with its internal and external forensics and analytics investigation team, Marriott determined that the total number of guest records involved in this incident is less than the initial disclosure. Also, the number of payment cards and passport numbers involved is a relatively small percentage of the overall total records involved.

“We want to provide our customers and partners with updates based on our ongoing work to address this incident as we try to understand as much as we possibly can about what happened,” said Arne Sorenson, Marriott’s President and Chief Executive Officer.  “As we near the end of the cyber forensics and data analytics work, we will continue to work hard to address our customers’ concerns and meet the standard of excellence our customers deserve and expect from Marriott.”

Marriott is updating its press release of November 30, 2018, which announced that the company determined on November 19, 2018 that there was unauthorized access to a Starwood guest reservations database.  In that release, the company said that it believed the incident involved information about up to approximately 500 million guests who made a reservation at a Starwood property* on or before September 10, 2018, although at that point the company had not completed the analytics work to identify duplicative information.

Update on the Number of Guests Involved

Marriott now believes that the number of potentially involved guests is lower than the 500 million the company had originally estimated.  Marriott has identified approximately 383 million records as the upper limit for the total number of guest records that were involved in the incident.  This does not, however, mean that information about 383 million unique guests was involved, as in many instances, there appear to be multiple records for the same guest.  The company has concluded with a fair degree of certainty that information for fewer than 383 million unique guests was involved, although the company is not able to quantify that lower number because of the nature of the data in the database.

Marriott is putting in place a mechanism to enable its designated call center representatives to refer guests to the appropriate resources to enable a look up of individual passport numbers to see if they were included in this set of unencrypted passport numbers. Marriott will update its designated website for this incident (https://info.starwoodhotels.com) when it has this capability in place. The website lists phone numbers to reach the company’s dedicated call center and includes information about the process to be followed if guests believe that they have experienced fraud as a result of their passport numbers being involved in this incident.

Guests who have questions related to their payment cards should visit https://info.starwoodhotels.com for more information, including toll-free phone numbers to reach the company’s dedicated call center.

The company has completed the phase out of the operation of the Starwood reservations database, effective the end of 2018.  With the completion of the reservation systems conversion undertaken as part of the company’s post-merger integration work, all reservations are now running through the Marriott system.

Marriott continues to offer the following services to help guests monitor and protect their information:

Dedicated Website and Call Center
Marriott has established a dedicated website (https://info.starwoodhotels.com) and call center to answer questions guests may have about this incident. The frequently asked questions on https://info.starwoodhotels.com have been updated and may be further supplemented from time to time.  The call center is open seven days a week and is available in multiple languages.

Free Web Monitoring
Guests from countries and regions listed on the site have the opportunity to enroll in web monitoring services free of charge for one year. Please visit https://info.starwoodhotels.com and click on Free Identity Monitoring to learn more.

It is believed that a Chinese government entity is behind this Starwood hack and information used mainly for espionage purposes. Rather unfortunate that someone was able to access most guest reservation records for as long as four years.

You have to pay attention to the words that Marriott uses on this release. They are still not sure exactly what was stolen. They merely “believe”.