Hilton Honors introduced Rollover Nights last year that allows members to roll over nights that they earn over the status to the following year. 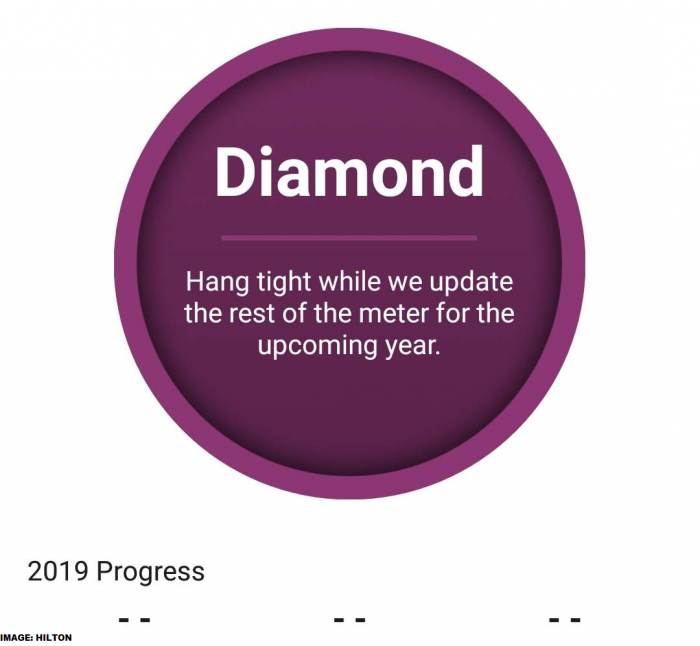 We wrote earlier this week (read more here) about a change that Hilton Honors had made that limits the maximum number of nights that roll over to the following year to 60.

I dropped an email to the Hilton spokesperson at a time and received the following reply:

Diamond members with 120+ nights within a calendar year will rollover 60 nights into the new year, since 60 nights will ensure the member maintains Diamond status for another year. And while there is no limit, Diamond members with 120+ nights will only see 60 rollover nights in their trackers, because only 60 rollover nights are needed to ensure he/she maintains Diamond status for another year.

Also keep in mind that rollover nights will not apply to milestone bonuses for 2019, so members can continue to work toward those bonuses this year with 2019 travel, up to 360 nights in the calendar year.

Here’s my Hilton Honors yearly statement at the end of 2018:

Here’s what showed on the Hilton app:

The 14 nights rolled over to 2019 but seems to count towards the milestone bonuses too.

Here’s after the first stay of this year:

Seems that if Hilton Honors intention is that these rollover nights wouldn’t count towards the milestone bonuses this has not been correctly programmed to the loyalty system. The milestone status bar on the app indicates that the nights do count.

This is the first year that the nights have rolled over and Hilton Honors also moved to a new back end loyalty system and the end of October 2018. Could be something to do with this “incorrect” rollover per the email that I received from the Hilton spokesperson and what has posted to my account.

I certainly wouldn’t mind if these rollover nights also count towards the milestone bonuses….