United Mileage Plus has put the brakes on their members who wish to redeem their miles on Singapore Airlines or Thai Airways as both carriers aren’t able to be ticketed until further notice. 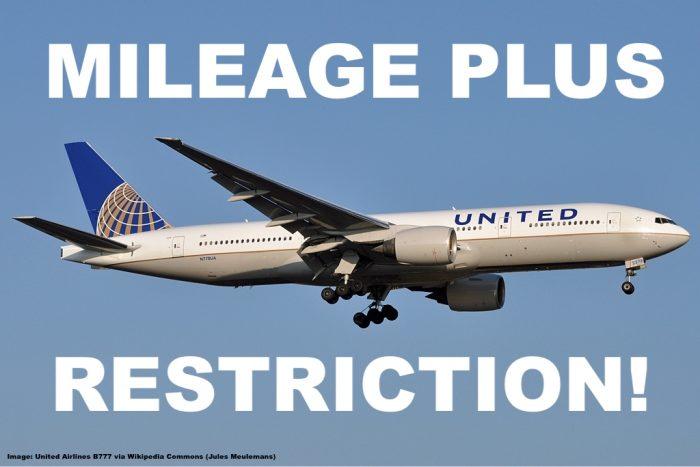 According to United agents there is an internal memo that effective January 15th the program has ceased accepting reservations for both carriers which is a huge blow to members who wish to travel in Asia.

I became aware of some issue when I tried to book a flight from Bangkok to Denpasar-Bali last week and the United website only populated error messages. Out of curiosity I entered other routes that are usually available without any problem such as BKK-SIN and the same issue for this route as well.

Here is how it looks on the United website when one searches for the aforementioned routes:

I decided to give United a call to see what the problem is and if I can book it over the phone as the flight I wanted to book (TG431) was readily available through other Star Alliance carriers.

Needless to say I was surprised when the agent said that until further notice United won’t be able to issue any tickets on both Singapore Airlines & Thai Airways. According to the memo she read the measure started on January 15th. It’s unclear what prompted this restriction but I would assume it has to do with the compensation paid to SQ/TG for redemption tickets. The agent didn’t sound hopeful that this measure will be retracted within a short period so it might be an issue that will follow us for a while. But that’s all guess-work and a worthwhile prediction of any sort.

BKK-DPS would have cost 25,000 Mileage Plus miles which is reasonable for a 4:30h flight in Business Class with a long haul configured aircraft. Unfortunately it wasn’t meant to be and I used 20,000 Singapore Airlines KrisFlyer miles instead which wasn’t my first choice as I consider those more valuable than United currency.

I have filed a complaint with United about this as I believe advertising the Star Alliance wide availability of awards and then cutting off availability at will is a very dishonest thing to do. I could have credited my miles to ANA or SQ KrisFlyer last year and in that case they would now be usable for this redemption.

United was infamous in the mid 2000s to block pretty much all Star Alliance awards except the flights on their own metal to avoid paying other carriers for mileage awards. We have reached out to United to get a statement from them but no reply.

The availability is definitely there for all other Star Alliance programs so this “blocking” needs to originate somewhere. Considering that at least two carriers are unavailable at the same time I’d shift the blame to United trying to limit the redemptions on these carriers.

What I especially don’t like is that United doesn’t publish this information anywhere. Not a word about it. How about informing their members via email that there is a problem at the moment?