There are weekly if not daily reports of misbehaving passengers on flights (we don’t often cover them) and they occasionally result in diversions to get the difficult people off the flight. 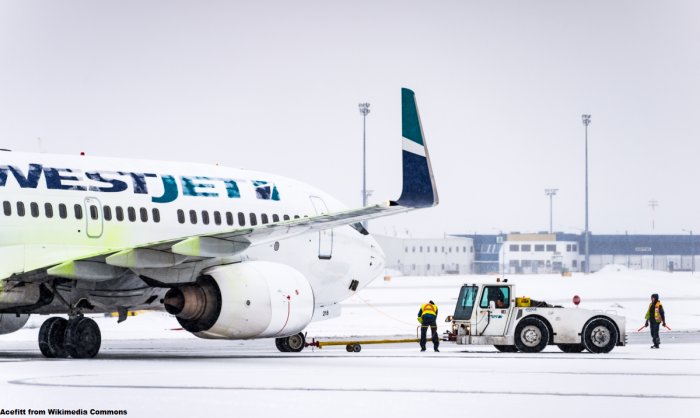 We rarely learn if there were any penalties applied for the significant diversion costs. Now we know what one WestJet passenger was ordered to pay who went crazy on a WS1 flight from Calgary to London Gatwick.

Here’s an excerpt from CBC (access their piece here):

The U.K. man whose “absolutely disgusting” drunken behaviour caused a WestJet flight to turn around and land back in Calgary must pay the airline $21,260.68 — the cost of the wasted fuel.

David Stephen Young, 44, pleaded guilty last week to charges under the Aeronautics Act and Criminal Code of failing to comply with safety instructions and resisting arrest.

About an hour into Young’s abusive behaviour, the decision was made to turn the plane around.

The pilot had to burn off and then dump 20,000 pounds of fuel in order to land safely, according to the facts of the case, read aloud in court last week by prosecutor Lori Ibrus.

WestJet’s total losses — which include the cost of the fuel and compensation for its passengers — could be more than $200,000.

You can always argue that he should have ordered to pay the entire cost of diverting the plane but WestJet can go after the passenger in the civil court if they so choose.

Diversion often mean that the crew times out, flight cannot continue and the passengers need to be rebooked. This is significant expense to the airline and inconvenience to the affected passengers.