Following the creation of new flight paths that cut through airspace managed by the U.S. military’s Yokota Air Base in Tokyo, three U.S. carriers have applied for twelve additional daily flights to Tokyo-Haneda. 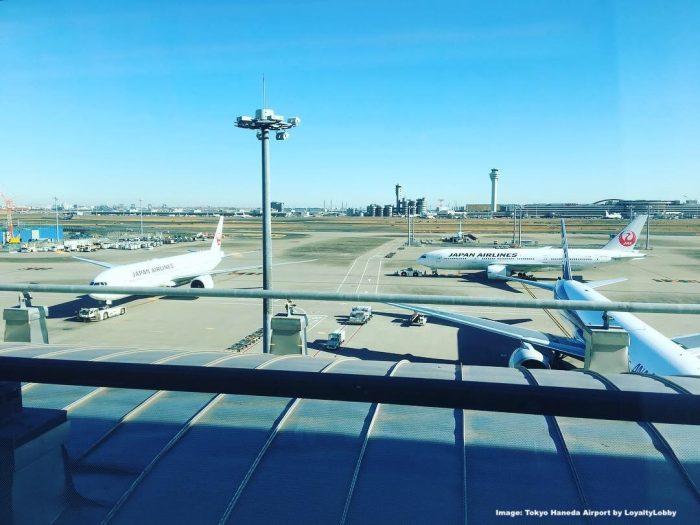 American Airlines, Delta Air Lines, United have already submitted applications to the U.S. Department of Transportation to add flights to and from Japan as new landing slots open up at Tokyo Haneda.

Slots at the two airports serving Tokyo, Narita and Haneda, have always been coveted as Japan routes are still big money and many carriers also use Tokyo as their gateway to South East Asia, though this has been widely reduced with the introduction of super long haul flights.

The Nikkei Asian Review (access here) reported that Japan & the U.S. have agreed to puncture some airspace controlled by the U.S. military in Japan for the benefit of civilian use.

Delta Air Lines, United Airlines and American Airlines have all submitted applications to the U.S. Department of Transportation to add flights to and from Japan as new landing slots open up at Tokyo’s Haneda Airport.

U.S. carriers will be given a total of 12 new flights a day at Haneda ahead of the 2020 Tokyo Olympics, though the precise allocation has yet to be determined.

United has made requests for direct service between Haneda and six airports, including Newark in the New York metropolitan area. The new nonstop flights “would expand United’s best-in-class Japan route network to better meet demand from U.S. consumers and businesses,” United President Scott Kirby said in a news release.

Tokyo and Washington agreed in January to create new flight paths that cut through airspace managed by the U.S. military’s Yokota Air Base in Tokyo. The deal will increase the number of daytime landings and takeoffs for international flights at Haneda to 99,000 a year from the current 60,000. This translates to roughly 50 more flights a day.

Considering how busy Haneda already is, I wonder how that airport will stem 50 additional wide body flights per day. This will obviously not only consist of U.S. carriers but also Japanese and other international carriers.

As far as facilities are concerned, Haneda isn’t exactly a very big airport, even if Japanese efficiency is factored in. Lines at the one security checkpoint can be very long. Haneda doesn’t have a general priority security but only one that accepts Elite members of the respective airlines (I previously wrote about this here).

Lounges at Haneda are also notoriously overcrowded, especially the ANA Lounge, which is almost bursting. Delta doesn’t even have it’s own lounge and uses a contract lounge (TIAT Sky Lounge) together with other carriers and eligible credit card customers. It’s usually packed to the brim!

Everybody tries to squeeze in ahead of the 2020 Olympics and Japan flights have historically been a moneymaker for airlines. Haneda will need to improve the facilities in order to cope with the increase in flight activity and related passenger numbers.

The times when Haneda was an easy airport to breeze through are definitely over especially during the evening peak hours with the North America / South East Asia departure banks.