Tensions between India and Pakistan have been running high and there has been recent military action between the two states including the shoot-down of military jets. 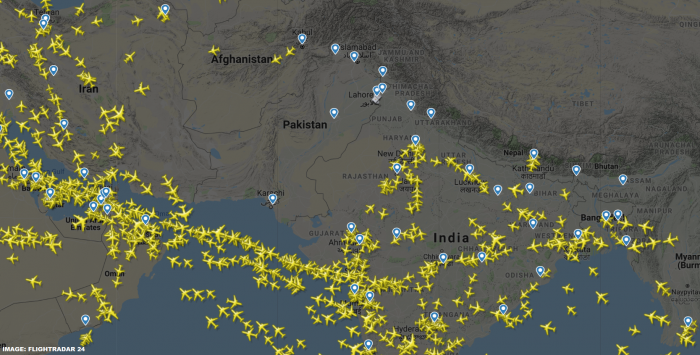 Earlier today Pakistan closed its entire airspace for civilian traffic (which is now partially reopened) and airlines are also avoiding Northern India. This airspace restriction has resulted in flight cancellations, diversions and delays especially between flights between Southeast Asia and Europe.

Thai Airways has canceled all its flights between Thailand and Europe (westbound flights returned to Bangkok) due to the inability to find alternative airspace. Other airlines have used longer routes and diverted to refuel planes, resulting in delays.

Closing a relatively small airspace can have a ripple effect on air travel due to congestion in other areas and some airlines inability to find alternative routes.

Let’s hope that cooler heads will prevail between India and Pakistan and the military actions recede.

It is clear that airlines should avoid flying over or close to the affected areas in order to avoid an incident such as the Malaysia Airlines MH 17 shoot-down over eastern Ukraine, an unnecessary and avoidable tragedy.