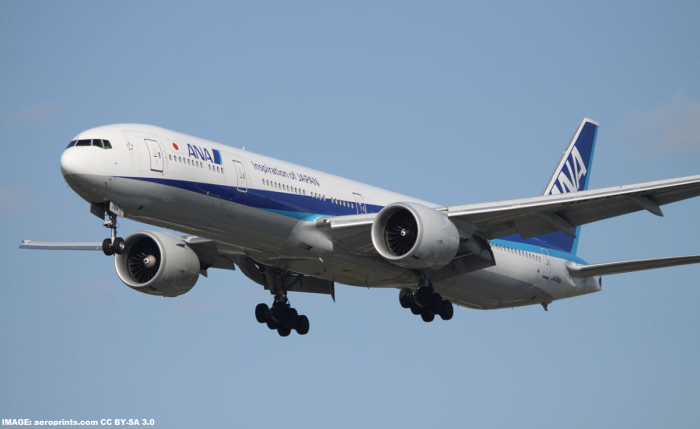 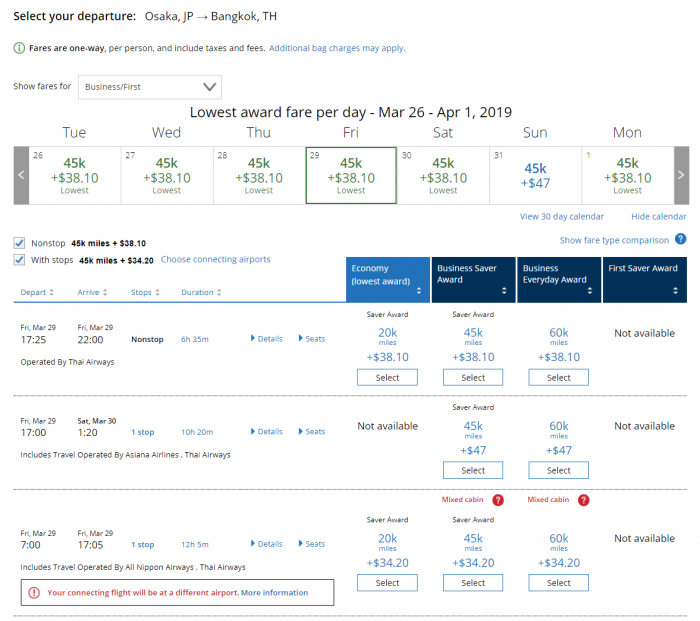 Here’s award search from Osaka to Bangkok shows both flights on Thai Airways and ANA. 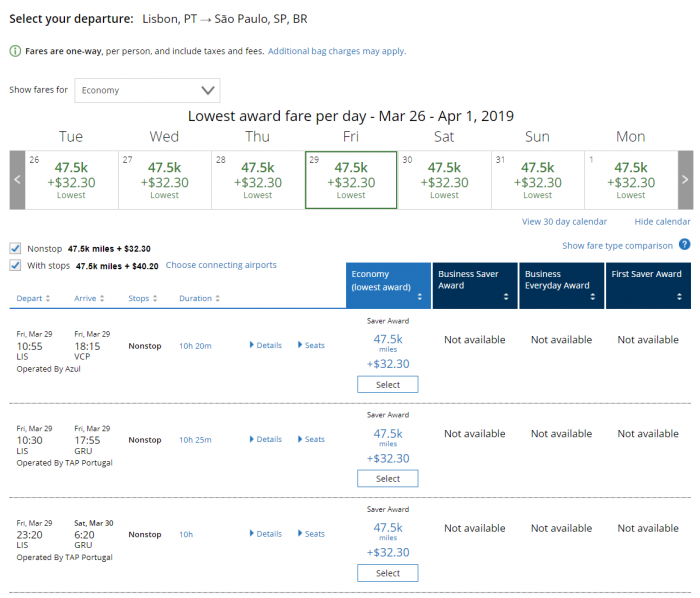 For a search between Lisbon and Sao Paulo, you can again redeem on TAP in addition to Azul.

It is very unfortunate that Singapore Airlines awards are still blocked by United Airlines. It is an important airline to get around in Asia.

Other Star Alliance airlines were happily booking awards on these three airlines when they were not available for United MileagePlus members. It cannot be a “technical” issue (unless lack of money) from United’s part.