When I last wrote a Whine Wednesday about this topic in late 2017 the situation was pretty much identical to what it is now even though the garbage piles have even gotten worse at this point. 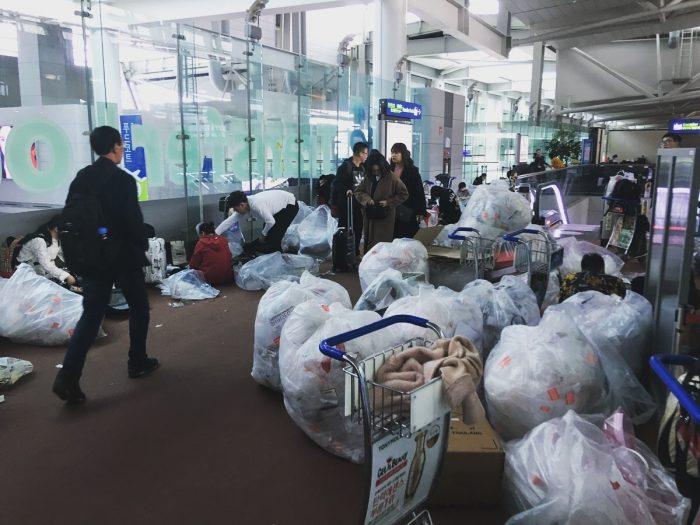 The situation is caused by travelers heading to Mainland China, who have a large thirst for Duty Free products and usually get rid of all the packaging inside the departure area prior to boarding their flight.

The way they behave in getting rid of their packaging in order to stuff as many products as possible into their empty carry on bags to smuggle them into China often leaves the gate and transit areas in total chaos at Seoul-Incheon Airport.

When I saw what was going on there I immediately remembered something I wrote two years ago about the incident when Chinese tourists trashed Jeju Airport with their garbage (see the previous article here).

The situation at Seoul-Incheon is slowly inching it’s way towards the same condition as Jeju Airport, if officials don’t put a stop to it. The area pictured above is located right in front of the Asiana Lounge at Terminal 1 (Main Building). The trash even blocked the entrance to the lounge with staff not caring at all.

Some of the travelers at least kept to the sidelines and were relatively civilized in their packing efforts. 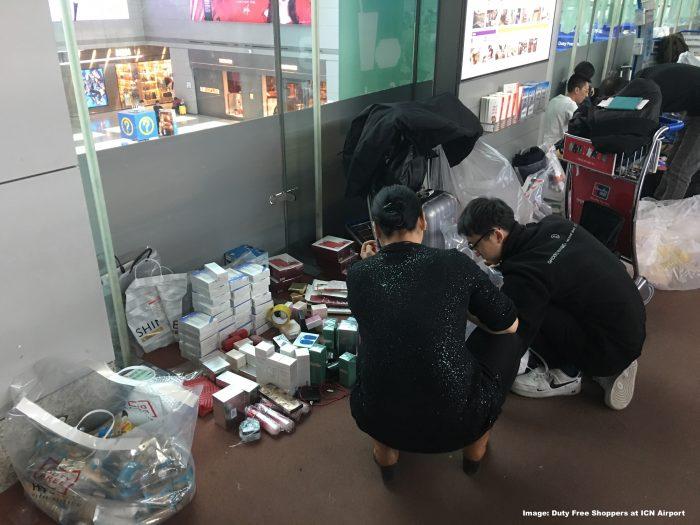 Last August I picked up a story about three Chinese individuals in a brutal fight inside a Seoul ICN Duty Free Shop over merchandise. 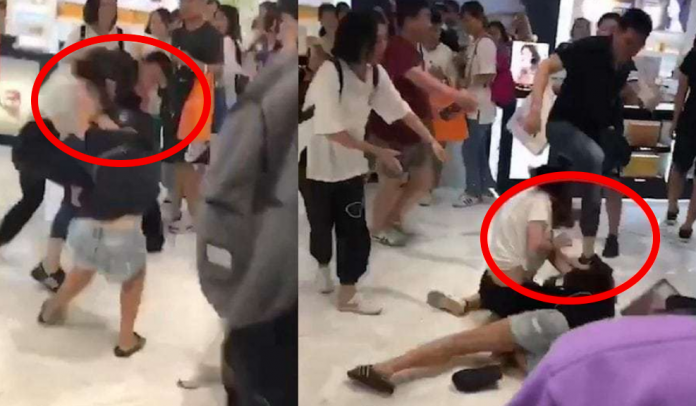 This is way over the top and I’m really surprised that Incheon Airport doesn’t station officers to make sure the garbage and security situation won’t get out of control. Especially considering the high rankings the airport is apparently so proud of.

The airport website is a total disaster. Even to file a complaint or leave a comment first the customer has to register a profile. We did however receive a reply from airport management:

Whatever “efforts” the airport authorities and Duty Free shop operators are putting in to regulate the situation are obviously not very effective.

There is nothing wrong with shopping to such a large extent, even though they will very likely break the customs limits of whatever country they are going to enter and smuggle the merchandise in for resale back home. It’s definitely a way to make money if you can secure a buyer for these items, mostly cosmetics and expensive liquor.

Maybe this is a sign that the products at Incheon are way too cheap and there is ample space to increase their price. I was able to purchase two bottles of Krug Rose champagne for US$255 per bottle after promotion, which is an amazing price and cheaper than I’ve seen it anywhere else in the world. Not sure how they do it!?