Our Whine Wednesday topic this week is about hotels that don’t assign proper room upgrades to their top tier elite members and one such case occurred last week at the Andaz Singapore. 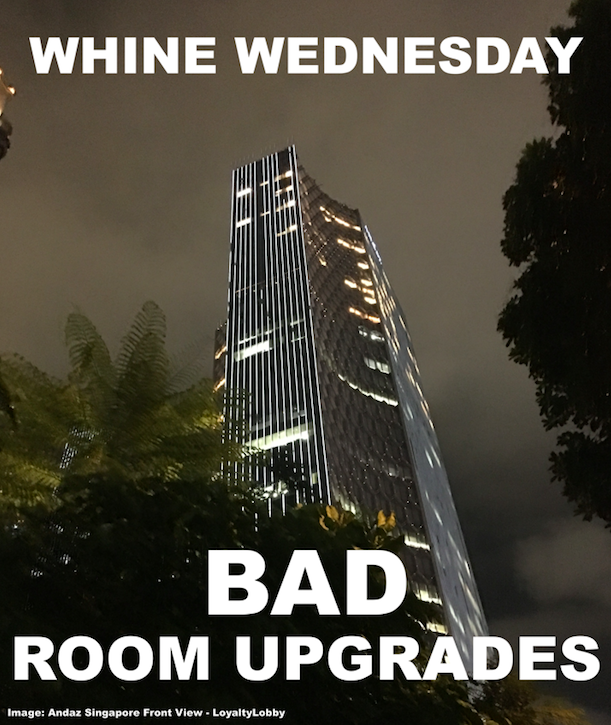 Many hotel loyalty programs, including World of Hyatt, nowadays include the benefit of upgrades to the highest category room including standard suites but some hotel play games with this.

This wasn’t my first stay at the Andaz Singapore and while my previous booking at that property was also attached to drama related to upgrades. However, I decided to give them another chance, staying for 4 nights once again.

As Globalist member of the World of Hyatt program the hotel is supposed to assign a suite upgrade but this property is playing games and assigned their ‘Andaz Suite King’ as a premium suite which is rather unusual. Instead they classified their Studio Suite as the designated Standard Suite. The catch? It’s almost never available, not even on confirmed Globalist Suite Upgrade certificates.

The breakfast, which is another status benefit, was already included in my rate so zero benefit there as well.

The room that was assigned was the same which a non-member colleague of mine received during the same week. Upon entering it was 37 degrees hot, damp and the tiny bathroom didn’t even have a tub. No welcome letter either. Brand standards anyone? 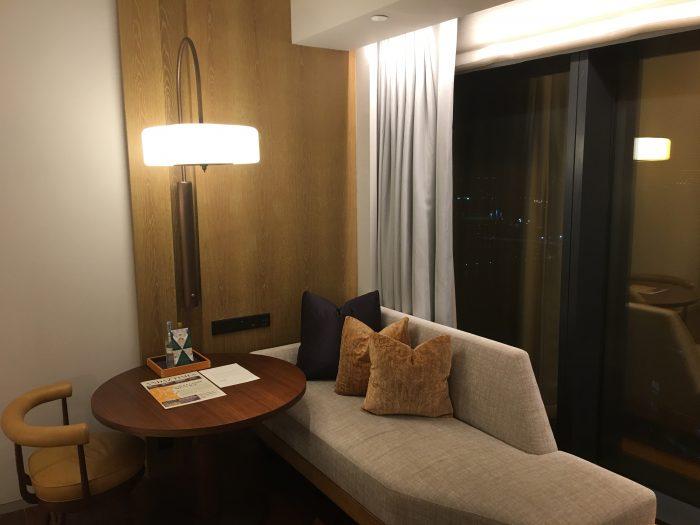 The first thing that greeted me out of the elevator was a set of dirty room service trays that weren’t picked up from other guestrooms post consumption.

Some city hotels do have really small rooms and suite inventory is sometimes limited. The key is how hotels handle this inventory and playing games with category designation is definitely foul play.

I recently stayed at the Hyatt Regency Hong Kong TST and even though they did assign me one of their regency suites I voluntarily declined and asked them for the smaller Harbour View instead (all their Standard Regency Suites are towards the back / City View).

The “upgrade” to the Harbour/Marina Bay view I got at the Andaz wasn’t practical at all. Especially the tiny bathroom, with the smallest shower stall I’ve ever seen outside a youth hostel, isn’t suitable for a hotel that claims to be upmarket and charges $300+ a night.

Sadly some hotels just don’t provide proper upgrades to the elite members of the associated loyalty program. Others even go so far and specifically modify their Standard Suite upgrade inventory to go around the rules and I think it’s important that those properties get called out either way.

There are a good amount of Hyatt properties that are honest upfront and withdrew from the suite upgrade program entirely (Park Hyatt Sydney comes to mind). This is fine because I’d never book such a property in the first place as a result of their policies. The Andaz Singapore isn’t even anything special though, yet they play it up like they’re precious in some way. Eventually I decided to move to the IC down the road where I was assigned a Junior Suite even as a mid tier IHG Platinum member.