Jet Airways has faced dire financial difficulties as of late after it defaulted on loans and lease payments. Lessors have grounded half of the fleet as a result. 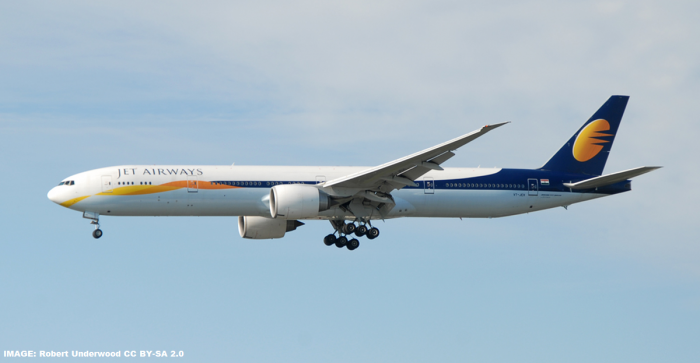 The airline is apparently about a billion USD in red. It seems that there are no eager parties to put up the capital to refinance and recapitalize the airline that is 24% owned by Etihad which has its own financial challenges.

Pilots haven’t been paid for months according to Economic Times (access their piece here):

In a letter to India’s labour minister, National Aviators Guild, which represents the majority of Jet’s pilots, has asked that the airline immediately pay their outstanding salaries and allowances till date with interest.

Jet has delayed payments to its pilots, suppliers and lessors for months and defaulted on loans after racking up over $1 billion in debt. The airline is in talks with the country’s main state-backed banks for a rescue deal and emergency funds.

The pilots in August were given a staggered schedule of payments for salaries but Jet has not kept up, the union said, adding the airline still owes the pilots most of the salary for December, and all of January and February.

There has been talks for months that the airline would receive emergency loans from the state backed banks but nothing has materialized so far.

This Jet Airways saga reminds me of what happened to other Indian airline Kingfisher few years ago that was set to become Oneworld Alliance member before facing a slow motion death.

It would be highly advisable to book on other airlines at this time unless you are willing to gamble on whether your flight operates or the airline exists on the date you are traveling.