The new lounge will require an actual terminal extension where the facilities will be located so there is a lot of construction involved, which will undoubtedly take some time.

Amex has previously announced plans to open several new lounges including in Charlotte, Denver, London Heathrow, Los Angeles and the New York JFK one, however there was no firm schedule given and the first chatter about JFK was more than a year ago.

Yesterday Amex wrote on their Facebook page that they now started to build the new structure, an extension to Terminal 4:

In fact this is a major construction project and not just using an existing space inside the terminal to put a lounge in within a couple of months. 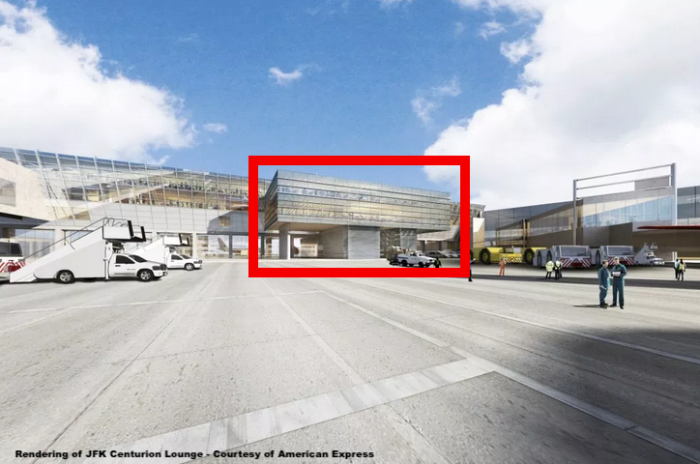 American Express’ own website for The Centurion Lounge says:

The Centurion® Lounge is coming soon to DEN, JFK, LAX, LHR, and CLT.

Not sure what they’re considering soon but this particular project is going to take at least another year until all is said and done. Denver could open around the summertime of 2019 though.

Terminal 4 at JFK is a very busy terminal and it makes sense to put the Centurion Lounge there as it houses many major airlines, including:

With so many airlines in T4 let’s hope the space will be large enough but honestly I wouldn’t expect Amex to undergo such a major project just to build a tiny Centurion Lounge. I expect this to become the best lounge of them all!

The major issue of most Centurion Lounges is overcrowding based on small spaces, many cardholders of eligible Platinum and Centurion cards as well as a very generous guest access policy.

As a consequence the requirement for space is growing and even though Amex could have probably secured some space in T4 for another one of their smaller sized clubs, it would have been pretty dismal for JFK which is likely becoming their flagship Centurion Lounge considering the effort and investment involved.

Even though NYC isn’t my usual stomping ground I’m looking forward to maybe planning a stop at JFK to see this facility once it’s ready, but that certainly won’t be until early to mid 2020.