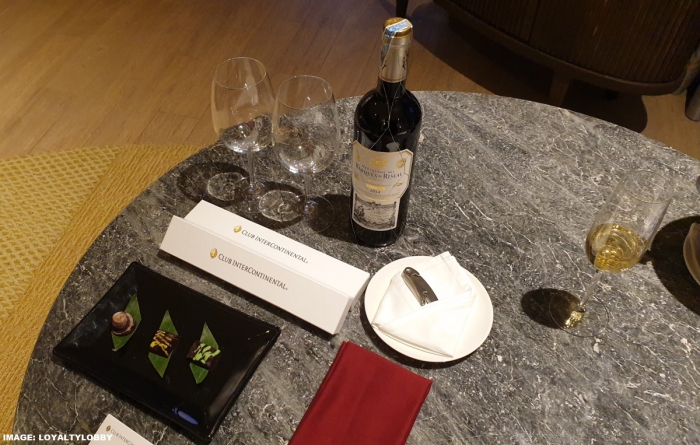 You can access IHG’s page for Ambassador program here.

As a now de-throned Royal Ambassador, I thought I would write to you on what seems to be the “moving the goal post” approach that IHG seems to be taking with the Ambassador program.

With these now unpublished qualification criteria, it seems nothing more than a lottery for RA’s with IHG hoping that people will spend madly and blindly in hopes to make it past the post year after year.

Recently while staying at one of the IC’s in Tokyo, I had a brief discussion with a senior hotel manager who expressed similar frustration with the requirements not being communicated to them. He said that not knowing the qualifying criteria nor being able to communicate them to guests was a disservice to his regular, high-value RAs to ensure they could re-qualify. The now-gone ability to advise RA’s they need to bump up their numbers a bit seemed like a win-win for RA’s and hotel revenue.

Based on his discussions, he said that many are now estimating the spend requirement between $20,000 to $30,000 USD per annum for Royal Ambassador (re-)qualification.

Given the recent “enhancements” to RA benefits in the Ambassador program and the rather inconsistent application of benefits from IC to IC, either this program is totally in disarray or IHG is trying to eliminate it in a “death by a thousand cuts” manner.

IHG has changed the Royal Ambassador qualification criteria a number of times over the years. There used to be a number of nights criteria (all IHG nights would count) with at least three ICs thrown in. Royal Ambassadors were also eligible to refer members to the status (and these referred members received another RA referral).

Not so long ago IHG moved to a revenue Royal Ambassador requirement, not including any money spent at other brands towards the qualification. This year the monetary requirement for the status went up even further. Some were renewed at a spend at which others were not.

Way back in time, when the highest Six Continents status was launched, there was a revenue requirement in excess of $20K.

It wouldn’t surprise me if IHG’s end goal, if not already in place for 2020, would be to bump the amount back to the original $30K range as the InterContinental hotel manager expects.

There are so few InterContinental hotels around the world and many are not up to the brand standards that you cannot just rely this one brand for your stays.

Also, IHG has greatly devalued the Royal Ambassador benefits over the past two years to the point that I would advise readers to rather qualify for Hyatt Globalist, Marriott Platinum/Titanium or even Hilton Diamond, which all come with clearly communicated qualification requirements and similar benefits to the Royal Ambassador status except minibar credit.

IHG, in my opinion, is doing a disservice to its members and InterContinental hotels by not communicating clearly whatever the current qualification criteria is.

My Royal Ambassador status was downgraded on February 1st, after having it for most of the past 15 or so years despite roughly $12K spent at IC. I was not willing to choose an inferior InterContinental when better options from Accor, Hilton, Hyatt or Marriott were available. Also, I had already contemplated for some time if the watered down benefits were worth the trouble.

In the next couple of years, I will likely have more stays at Hyatt and Hilton to qualify for the lifetime Globalist and Diamond after earning Titanium from Marriott.

I requested clarification from IHG spokesperson for this qualification issue but didn’t receive reply by the time of publication.