On my last visit to Singapore in June 2018, Grab was the only ride-sharing option after Uber exited the Southeast Asia market. 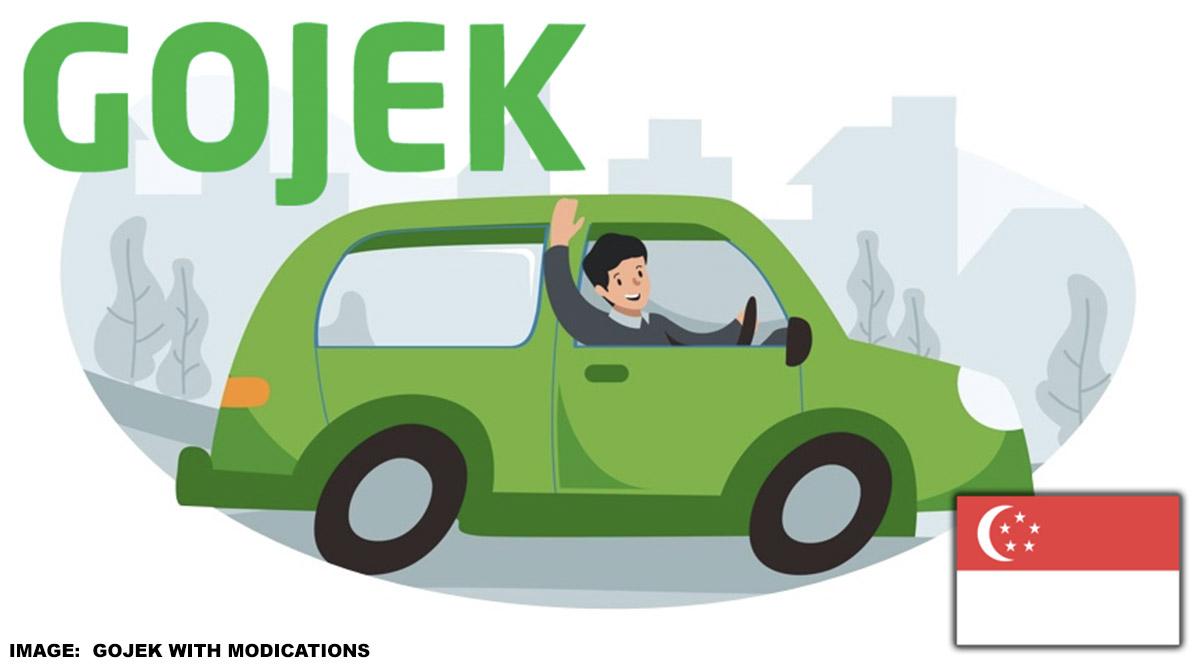 During that transition, Grab fares were still reasonable and, despite the app being buggy plus the entire Grab system crashing twice that one week, I never had an issue in getting a car.

Upon my return earlier this month to SIN, I opened the Grab app and was quite surprised to see my account was gone. Attempts to recover the account were futile, so I accepted fate and registered as a “new user” with my “old” information.

Now, my experience with Grab has been hit-or-miss. Even from Changi, I was forced to take a regular taxi as the app reported all drivers were busy. There was plenty of cars idling nearby, but none seemed to want to go my way.  For the record, the taxi ended up being cheaper than what Grab had quoted me.

After wasting that time at the airport, I remember hearing that Gojek, an Indonesian ride-sharing service, had recently entered the Singapore market.  I decided to install and register on the Gojek app as a backup, if I encountered any further issues with Grab.

While staying at the Andaz, I decided to go visit a friend staying a short ride away at the Holiday Inn Atrium. I fired up my Grab and received this as the quote for my ride: 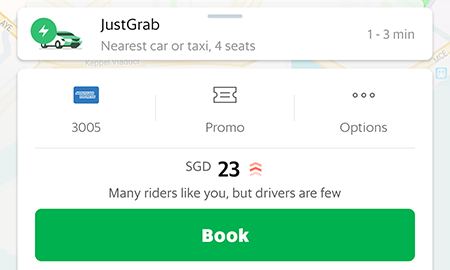 At SGD 23, it would have been an expensive ride but it was raining all day so the high fare was not a surprise. I requested a car and after some time was met with the same dreadful message I saw at the airport: 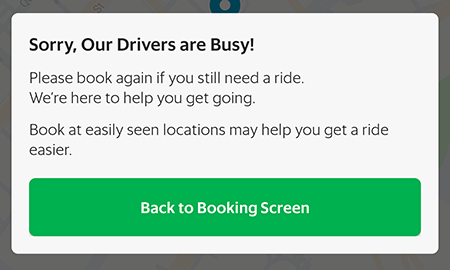 It seemed like the suitable time to check what Gojek could offer and much to my surprise, the fare was much lower.  S$7.50 minus the new user promo for the first two rides, resulting in a S$2.50 quote.  Even without the promotional voucher, it represented quite the savings.

The real test was whether the booking would be accepted.  I hit the order button and within 3 seconds I already had a driver assigned to me and one that was nearby and available.  With Grab, I usually find the driver is completing a trip nearby adding some 5-15 minutes to the wait.

The driver arrived within about 3 minutes in a very new 7-passenger van, by far the largest and probably newest vehicle (I read about 1150 km on the odometer) I have had with any ride-sharing service.  The ride was direct, prompt and the driver asked me if it was okay to take the toll road at an extra S$1 cost.

Here is my final receipt for the ride:

After the disappearance of Uber from Southeast Asia, Grab was pretty much the only option left in Singapore.  Neither riders or drivers were happy about the loss of competition, service levels or the Grab platform itself.

Gojek is definitely giving Grab the serious competition it needs, delivering a ride-sharing product that based on this and my subsequent rides, is a much faster and pleasant experience.  Uber may be gone from Singapore but Gojek looks like a ready replacement.