Frankfurt Airport just went into the next phase for their Terminal 3 project and last week the first cornerstone was laid to commemorate the start of above-ground construction of the airports third passenger terminal. 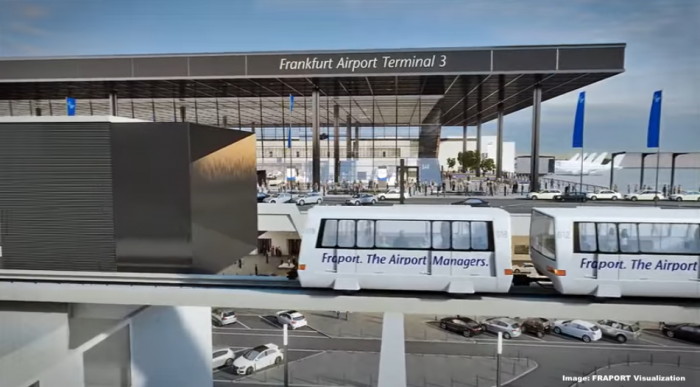 FRAPORT has been battling capacity problems for many years and home carrier Lufthansa warned of shortages many times, so 4-5 years ago detailed planning began for an additional terminal.

One of the busiest airports in Europe, Frankfurt is loathed by many for it’s permanent state of construction that often includes open ceilings, cables hanging down and broken moving walkways.

The airport is like a puzzle where additional pieces (terminals and concourses) have been added over the decades and each of them has it’s own architectural style. Terminal 1 and 2 are both pretty much a horror show but maybe the third time is charm and Terminal 3 will be a good addition.

The new terminal is currently being built in the south of Frankfurt Airport. After its completion in 2023, up to 21 million passengers a year will enjoy its urban architecture, diverse services and large selection of shops and restaurants. Welcome to the future!

The main building is the heart and core of Terminal 3. Here passengers will begin their journeys and be welcomed back by loved ones when returning. Travelers and visitors will arrive on the platform in front by car, bus, or the airport’s new people mover system, then enter the departure hall where passengers can check in and drop off their luggage.

The main building of the new terminal will incorporate an interesting feature: its exterior won’t run straight up from the ground. Instead, it will slant inward before reversing course and angling out again, creating a kink in the middle. Although this will give the terminal building an attractively avantgarde look, it hasn’t been designed like this for purely esthetic reasons. Glass and metal surfaces can reflect radar beams and distort the readings of the systems used to track the paths of arriving, departing multiple phantom images on flight controllers’ screens.

Here are some concept renderings from the initial planning phase: 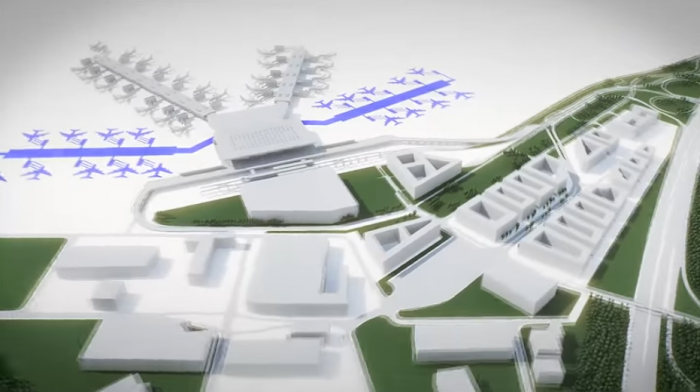 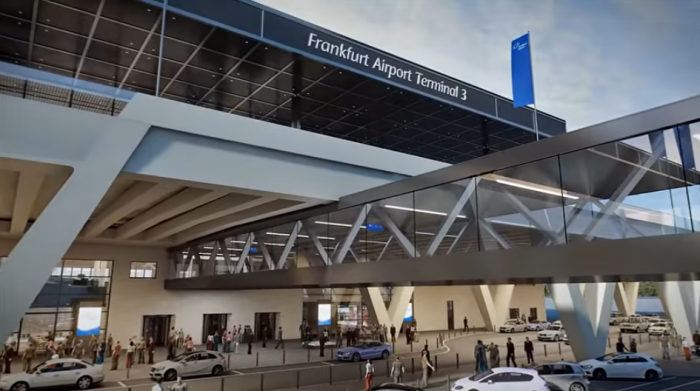 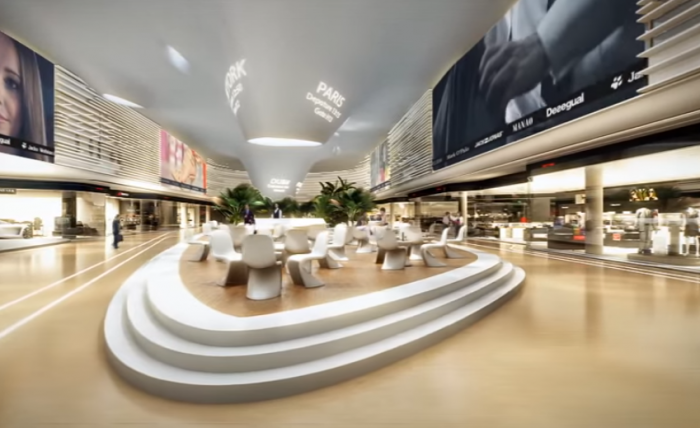 Seems like the architects are planning to use a lot of natural light which is always a nice touch at airports especially when views of the tarmac are possible.

At Terminal 1 (B) there is now an outdoor terrace where people can go smoke or get some fresh air while watching the planes. It’s relaxing to sit out there for some time unless the smokers are polluting the entire terrace.

Here is the initial Youtube video with an animation of the new terminal:

Passengers who arrive in Frankfurt by long distance or regional train will still be required to use the SkyTrain to move from Terminal 1 to Terminal 3, which is really a pain considering you have to haul through half of the terminal in order to catch the people mover.

While the cornerstone ceremony is a joyous celebration there were of course (according to German media) anti-airport protesters on site who racked up a symbolic grave stone. They are lobbying for restrictions of Frankfurt Airport in terms of traffic and noise even though FRA is already highly restricted through a night traffic curfew which is severely limiting movements.

Let’s see if this terminal opens on time and which airlines will eventually be accommodated at the new facility, assuming Lufthansa remains at Terminal 1 with it’s array/maze of different concourses A/B/C/Z.

Why Did A Hong Kong Man Spend More Than Three Months at HKIA’s Terminal “Transiting” To Vietnam?