The Muslim Holy Month of Ramadan is about to begin tonight and starts affecting mainly Qatar Airways passengers but also Etihad customers between May 5 and June 4, 2019. 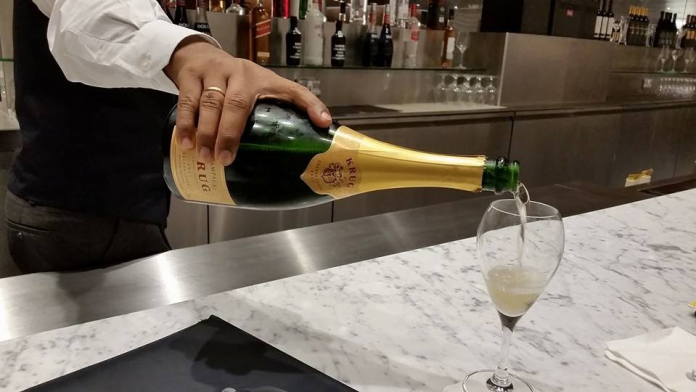 Qatar’s lounges in Doha will become entirely DRY and many flights to/from Muslim countries where alcohol beverages would otherwise be served are also dry during this time.

Based on the experience in previous years alcohol will be available on most international Qatar Airways flights (between non-muslim countries) but will be served from the galley in glasses and bottles won’t be visible to the passengers. Pre-departure drinks may be available depending on the crew.

Qatar Airways has always been most restrictive in this regard. None of their lounges at Doha’s Hamad International Airport will serve any alcohol, not even on request.

Here are statements from the past (2016) as featured in our previous articles:

Alcohol will still be served on flights during Ramadan – including from Doha to Australia and Europe, and in the airline’s London Heathrow lounge.

However, a Qatar Airways spokesperson advised that “in respect of the Holy month of Ramadan, alcohol will not be served in (Doha’s) Hamad International Airport during Ramadan.” This means that, in effect, Qatar lounges at Doha will be an around-the-clock ‘dry zone’ until Ramadan’s end….

Etihad is more open but some restrictions apply:

Etihad will continue serving alcohol in its international lounges including in Sydney, London and Paris, but this “will not be displayed in the bar area in the usual manner during daylight fasting hours”, an Etihad spokesperson told Australian Business Traveller.

However, the airline’s lounges at its Abu Dhabi hub will not serve alcohol during daylight fasting times “out of respect for local customs,” with the lounge’s bars open only from 7pm to 3am daily until Ramadan concludes.

Emirates doesn’t care much at all as far as their operations are concerned:

A spokesperson for Qantas partner Emirates told Australian Business Traveller that “Emirates will continue to offer alcohol in all lounges and on flights during Ramadan.”

Ramadan often comes as a surprise to many non-Muslim premium passengers that fly on Qatar Airways and find the Doha transit experience drier than usually. I have flown on QR previously during Ramadan and visited their lounges. It was definitely more quiet, but to be completely honest ever since Qatar downgraded their champagnes drinking on these trips hasn’t been much of a priority for me. For those who like to have a drink, wine or champagne this is a highly negative impact though.

It would be better for all if Qatar Airways would be more upfront and public about their beverage options during the Ramadan especially now when most of the Gulf passengers are still blocked from flying the airline as flights are suspended as well. Qatar is more conservative than United Arab Emirates that is the home for both Emirates and Etihad.