We received a couple pictures from a reader and personal friend of mine who just took a round trip flight in British Airways First Class to Shanghai Pudong and the performance was pretty much a sad joke.

British Airways apparently dropped the ball both on the ground as well as in the air, as they cut back dramatically on services even for their most premium product.

After all the media hype in the last few weeks when British Airways introduced new cabin features for their long haul premium class, the email came as a surprise to me, but even for BA, the developments here signify a new low should this become par for the course.

My friend Tom tried for years to use his Avios and finally he was able to redeem them for a First Class round trip from Munich to Shanghai Pudong.

His report started with the notion that by coincidence he very arrived early at Munich Airport that day and asked if he could take an earlier flight which was declined despite Business Class on the LHR feeder being empty on both flights departing prior to his own. OK, there is no official stand-by option so the only way to get on  an earlier flight would be to officially change the ticket via British Airways Avios but within 24 hours one can forget that.

Arriving at Heathrow, he headed to the Concorde Room and reached the lounge at ~ 20:40h and upon inquiring about dining options he was told that the dining room would be closed after 20:30h and that no more a la carte dining would be available there.

He wasn’t a happy camper and pushed the staff for a solution. Eventually he was able to obtain the famous BA Burger instead one of the sumptuous dining options off the menu below: 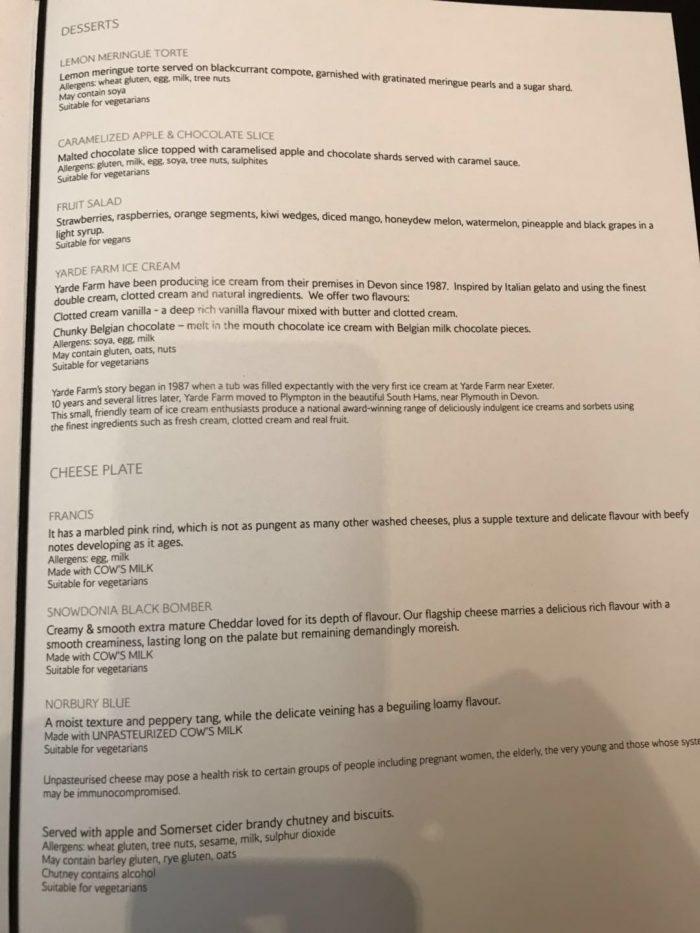 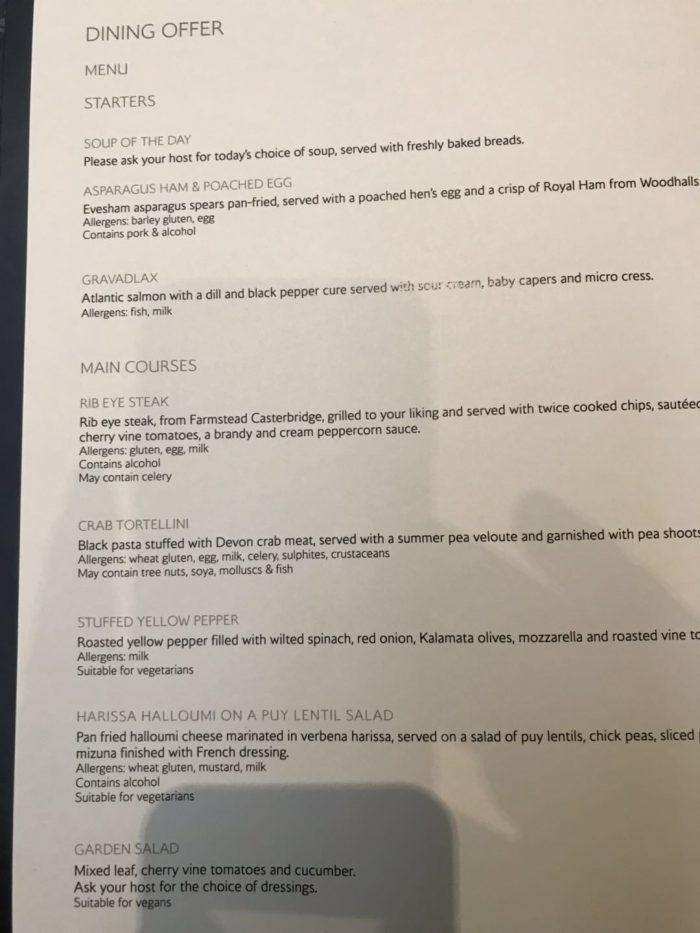 No other passengers were let into the Dining Room anymore despite multiple flights leaving late that day, including the Shanghai flight. He specifically asked the staff again after I said that’s not normal and they confirmed the 8:30pm closing time (2 May 2019).

Food on the actual flight was fine and no complaints for the LHR-PVG flight.

On the return the gong show continued: Less than hours after departure the flight ran out of Laurent Perrier Grand Siecle champagne in First Class. The service manager apologized saying that only two bottles had been catered for the return flight to London. They were able to secure some champagne from Business Class but not a lot, in the end only Rose was available.

Whoever is familiar with BA Club World (Business Class) knows that their champagne is dreadful and there was even the interesting case in February where it was revealed that even “British Airways First Class Wines Must Meet Cellar Door Price Of 6 Euros Or Less” as John wrote about it.

What in the world is going on?

British Airways caters the champagne for both the inbound and outbound flight ex London Heathrow and the problem is that these bottles are accessible to the crew at all times. Sometimes crew isn’t disciplined and allows passengers on the first leg to drink way more champagne than is allocated for that segment, passing the buck to their colleagues and passengers that take the same aircraft back to London.

Is it so difficult for the airline to establish a firm rule that crew is not allowed to go beyond their alotment for the individual segment? Passengers won’t be happy either but at least you can say “sorry but X bottles have been consumed already”. X = 2 is definitely not an acceptable value and even in terms of collegial behavior it’s outrageous that the crew would put their colleagues in that position.

It’s pretty evident that British Airways continues sliding on down a downward spiral, and I can’t understand how they could close the dining room at the Concorde Room at 8:30pm. That doesn’t make any sense. John used the Concorde Room frequently until recently and none of us have heard about these restrictions yet.

And the lack of proper catering when it comes to First Class champagne? Extremely poor performance on the part of British Airways. First of all, they obviously didn’t reserve enough champagne to be catered in the first place. Keep in mind that First Class on the 777 has twelve seats and that’s a lot. If you have just a few thirsty passengers then you can easily run through 6-8 bottles on a 12 hours flight.

Is British Airways Premium marketing campaign all smoke and mirrors?