This week’s Compensation Clinic comes from first hand experience after a disastrous travel day due to bad weather conditions in the vicinity of Chicago O’Hare airport. Take-off and landing operations were reduced due to thunderstorms, causing delays and cancellations across the board.

I had a paid first class ticket on Delta ORD-JFK where I was connecting (on a separate ticket) to my flight back to Europe (which I ended up missing anyway, but that’s material for another day!). Delta staff at O’Hare rebooked me on a United flight to LGA on the only seat available, which had me downgraded to economy class.

My original Delta flight delta flight was delayed due to weather, which made me non-elegible for any type of compensation, but according to US DOT (access their regulation here):

I got in touch with a Delta representative using the chat feature on their website. I requested the reimbursement of the fare difference + the change fees I had paid for the delayed flight ($75). The change fees reimbursement was a long shot, but I thought I’d give it a try. I also requested that the mileage for my original DL flight would be credited to my Flying Blue account: 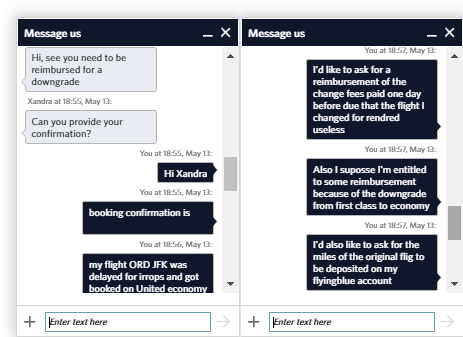 This is the answer I got from the Delta representative:

Two days ago I got an email from Delta settling my request:

Also, as suggested by the Delta representative, I opened a miles claim on Flying Blue for the original DL flight, which was approved within 24 hours: 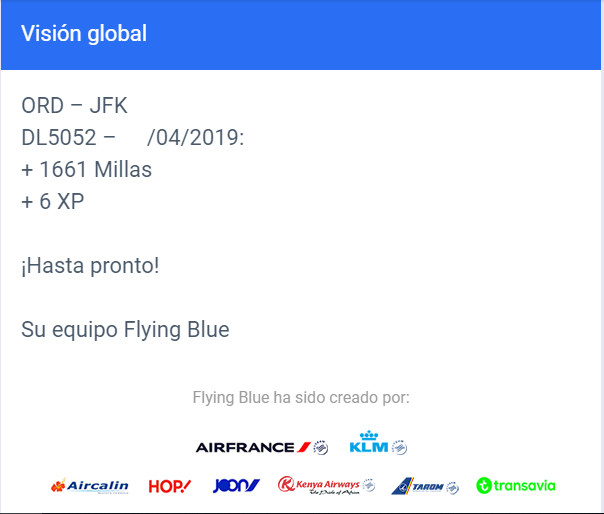 I knew claiming the reimbursement of the change fees for that flight was a long shot and I never expected any extra compensation from Delta because I knew I wasn’t entitled to it, so it was a nice surprise to see them including a $200 voucher on top of the fare difference reimbursement. Kudos to Delta as the handling of the whole process was easy and absolutely painless.