You always need to pay attention when withdrawing cash or using your credit or debit cards overseas. Most of the ATM and card terminals offer to convert the charge from the local to the currency of your card (for a fee). 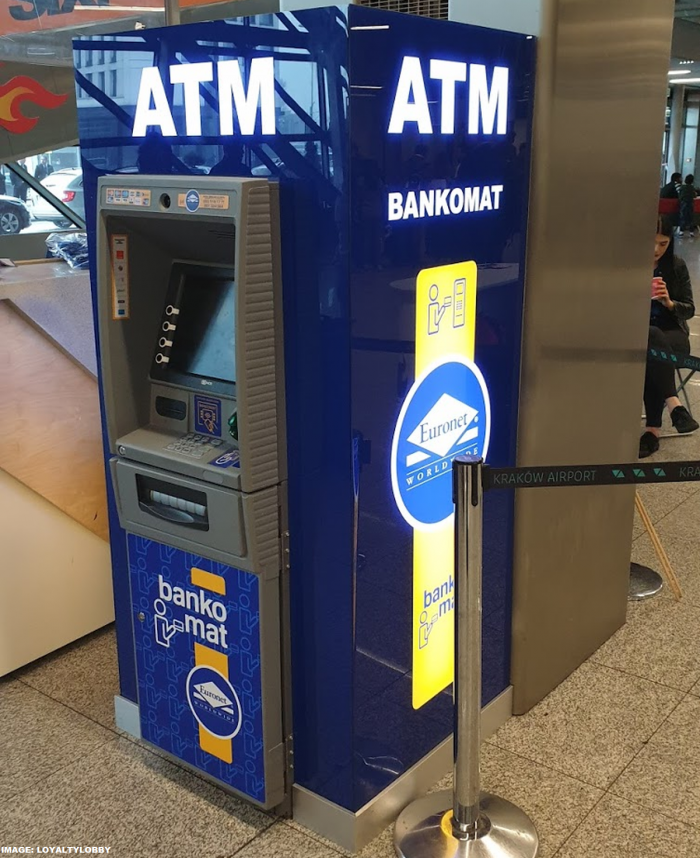 Then there is always a possibility that the ATM is a fake one or has a skimming machine installed in it, like what happened to me in Rio de Janeiro back in March (read more here).

When I arrived to Krakow, I decided to take some cash and used one of the ATMs inside the airport. It seems that this ATM operator had made an exclusive deal with the airport operator as there were no ATM machines from banks. 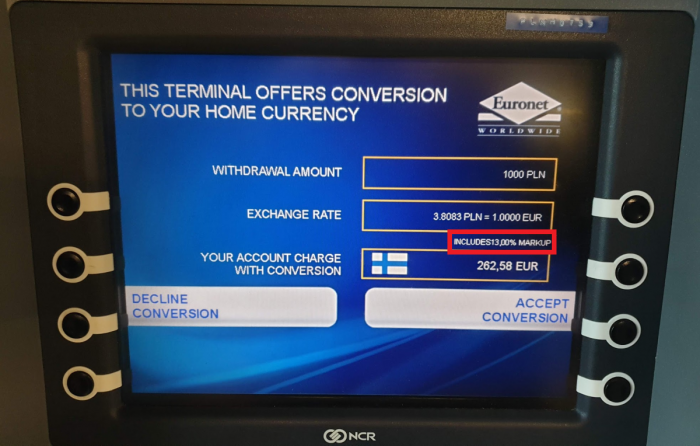 Couldn’t believe my eyes when they actually disclosed that their conversion would be off by 13%! Why anyone would pay such a ridiculous fee when their bank or card company would do the conversion without a fee or for a much modest one.

Decided to pull up the rate from the Google and the rate offered by the ATM was indeed off by 13%.

Why anyone able to read and comprehend the ATM screen would willingly pay 30 euros for the ATM operator to do the currency conversion for them?

Have to give them a credit though that there was no fee attached to the withdrawal like some ATMs do.

No Tube To Heathrow This weekend (Saturday To Monday) 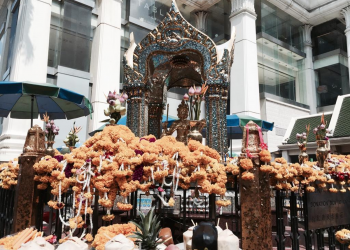 Thailand is celebrating the Makha Bucha Day on Tuesday (February 19, 2019) that is a public holiday. Tourists should be aware...