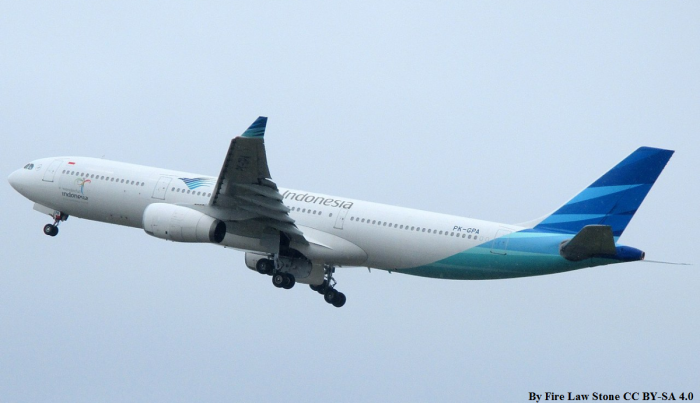 Many international airlines had colluded in cargo fees and prices including Singapore Airlines, Air New Zealand, Qantas and Cathay Pacific.

Here’s the announcement from ACCC:

The Federal Court has ordered PT Garuda Indonesia Ltd (Garuda) to pay penalties of $19 million for colluding on fees and surcharges for air freight services.

The penalties follow the ACCC’s court action against a global air cargo cartel, which has so far resulted in penalties of $132.5 million against 14 airlines, including Air New Zealand, Qantas, Singapore Airlines and Cathay Pacific.

The Court found that between 2003 and 2006, Garuda made and gave effect to agreements that fixed the price of security and fuel surcharges, as well as a customs fee from Indonesia. It was ordered to pay $15 million.

A further $4 million was ordered for the imposition and level of insurance and fuel surcharges from Hong Kong.

“Price fixing is a serious matter because it unfairly reduces competition in the market for Australian businesses and consumers, and this international cartel is one of the worst examples we have seen,” ACCC Chair Rod Sims said.

“We are committed to pursuing cartel conduct from both domestic and overseas operators, and think the total penalty ordered against all the airlines involved sends a strong deterrent message, particularly when it comes to international anti-competitive conduct.”

“The ACCC has recently entered more formal agreements with the FBI on cooperation and information sharing, and has strong links to other competition regulators worldwide, which mean our scope is much broader than Australian businesses,” Mr Sims said.

“Any business anywhere that enters an agreement that affects Australian businesses and consumers should clearly take note.”

Garuda and Air NZ appealed the decision to the High Court, which unanimously dismissed the appeal.

“We are pleased to finally have resolution of this matter, which confirms our view that it was an important matter for us to appeal.”

The ACCC commenced legal action against 14 international airlines between 2008 and 2010 under the Trade Practices Act (1974) for conduct that occurred between 2002 and 2006.

All goods imported to Australia during the period by the airlines subject to ACCC litigation were impacted by the illegal price agreement including car parts, electronics, vegetables, seafood, flowers, and in one specific circumstance, meat to Australian troops in the Middle East.

Competition regulators around the world have taken action in relation to the air cargo cartel, with fines or penalties ordered against various airlines in Europe, the United States, Korea, New Zealand, Canada, and India.

Glad that the Australian courts impose meaningful penalties for airlines that have engaged in illegal behavior such as price fixing. I wish they would take action against the “fake fees” collected by the airlines too.

I always feel when DOT issues penalties for US and foreign airlines that they are practically get out of jail for free cards considering the insignificant amount of money required to settle them.