Lufthansa earlier this decade offloaded all its European regional flying that didn’t touch either Munich or Frankfurt to separate airline(s) Germanwings/Eurowings.

Eurowings started in 2015 limited long-haul operations using a handful of planes that were the cause of many complaints due to extensive delays (sometimes days). Lufthansa yesterday announced that it would discontinue all long-haul flying by Eurowings and consolidate them into its own, Austrian and Swiss.

Here’s what Eurowings fleet consist of per Wikipedia (access here).

Eurowings first operated flights on behalf of Germanwings but soon this too German name was retired to better serve the global audience. The Eurowings long-haul flights are operated SunExpres that is a joint-venture between Lufthansa and Turkish Airlines.

It seems that Lufthansa doesn’t know what its future plans are, as they a couple of months back announced new long-haul routes for Eurowings that are now either scrapped or moved to other group airlines (Lufthansa, Swiss or Austrian).

Long-haul LCC flying is difficult and yet to be proven whether it works or not within an airline group. Singapore Airlines has Scoot and IAG (parent of British Airways, Iberia, Aer Lingus and Vueling) launched Level. Even Norwegian had its short-haul network in Europe before expanding to transatlantic flying (bleeding money).

The price of these long-haul LCC-flights should be significantly lower than legacy ones to provide any value for the consumer. Very difficult environment to operate profitably.

Hilton Honors Europe, Middle East & Africa Up To 30% Off Summer Weekends Sale For Stays Through January 6, 2020

Media in Germany is reporting absolute pandemonium at Berlin's BER airport this weekend as passenger lines stretching through the entire...

Lufthansa Miles&More members who requalify for their Senator and HON Circle tier level this year will receive additional e-vouchers as... 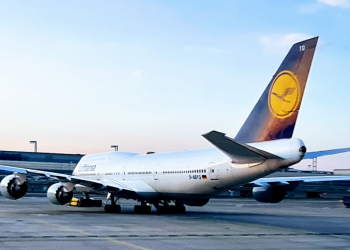 Lufthansa is revamping its long-haul economy service that will become partially buy-on-board starting this winter. The airline will discontinue free...

Airfare of the Day [QSuites] QATAR AIRWAYS Chicago to Maldives from $2,190