Earlier this month, a reader sent us an email about a scam that Italian airline Blue Panorama / Blue Express was running (read more here) basically forcing many passengers to open up their wallets and pay extra at the time of checking in/boarding. 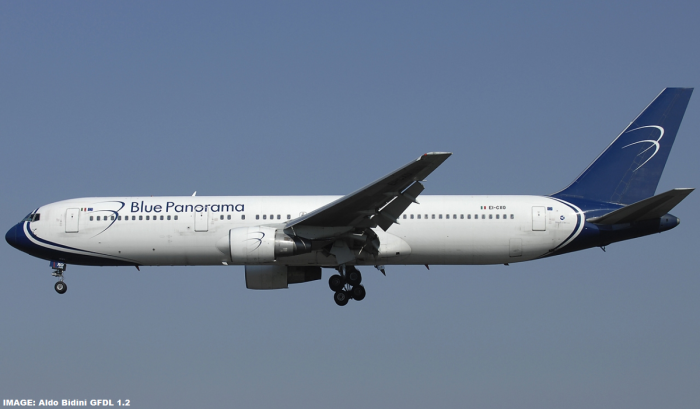 Now, Italian authorities have fined the airline one million euros for fraudulent activity that hopefully will put an end to this practice.

Here’s the release from the Italian Competition Authority:

The Italian Competition Authority has closed the investigation against Blue Panorama Airlines S.p.A., finding the company liable for an unfair commercial practice in breach of Articles 24 and 25 of Italian Legislative Decree n. 206/2005 (Consumer Code).

In particular, the conduct concerned the application of a penalty to consumers – initially consisting in payment for a new ticket to be able to use the service already purchased and, subsequently, a fee of 50 euros per route – in cases of incorrect registration of the passenger’s name at the time of booking, specifically for cases of omission of any middle names or surname or in the case of alteration/lack of some letters.

The request for the aforesaid penalty, which occurred directly at the airport, with the flight imminently leaving and under penalty of not being allowed to board, proved to be substantially independent from the security needs of air travel. Moreover, the airline did not provide any advance information regarding the consequences of incomplete registration of the name when booking; additionally, in some cases, this discrepancy was due to the characteristics of the airline’s online purchase system – with regard to the limited space available for inserting all names/surnames of passengers – or to the misalignment between operating interfaces with the websites of certain sale intermediaries.

In assessing the gravity of the infringement in order to impose a penalty of 1 million euros, the Authority took into account the widespread nature of the conduct which has affected a very large number of consumers and the evidence acquired from investigations which showed the clear objective of increasing business revenue via this policy.

During the proceedings, the Authority was supported by the Special Antitrust Unit of the Italian Finance Police.

The same reader whose case we featured sent us the link for this fine by Italian authorities. It is interesting, however, that Blue Panorama was still running this scam after being fined. You would think that a million euro penalty would have changed their behavior?

I truly hope that passengers would book away from this airline if possible, and make sure that they don’t pay any extra and report to relevant authorities if being forced to.