It’s another Fabulous Friday again and our topic this week is Shower Facilities at Airport Lounges which depending on the lounge itself are more or less useful.

Showers in First Class Lounges that are less busy than the Business Class facilities are usually available in decent numbers and well taken care of in terms of cleanliness.

Showers in lounges are often a very welcome option to freshen up in between flights or after a long day out when taking a late evening flight, possibly overnight.

You can often feel peak hours when lounges, as well as their showers, are in heavy demand. For example, if you try and get a shower at the ANA Business Class Lounge at Tokyo-Haneda around 8-10pm each day you need a really large portion of luck. The last time I asked, I was told that at the moment 47 people would be waiting for a shower of which they don’t have to many and the ones they do have obviously require good cleaning in between each visit.

For First Class it’s a bit different. Less passengers in the lounge mean that there is less demand for the amount of showers at their disposal.

These are the shower facilities at the Malaysia Airlines First Class Lounge in Kuala Lumpur that was recently renovated: 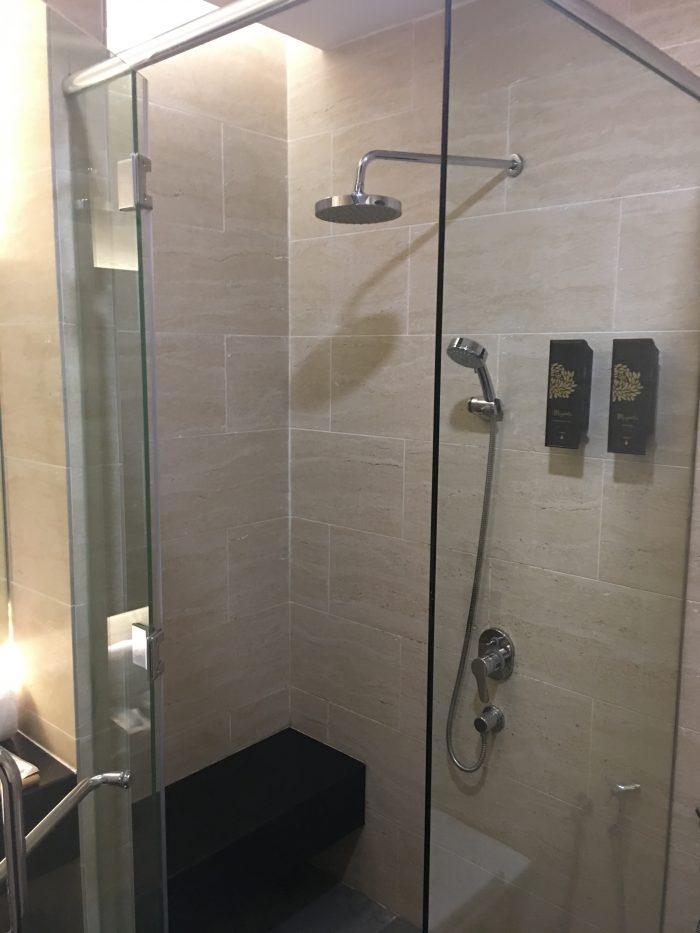 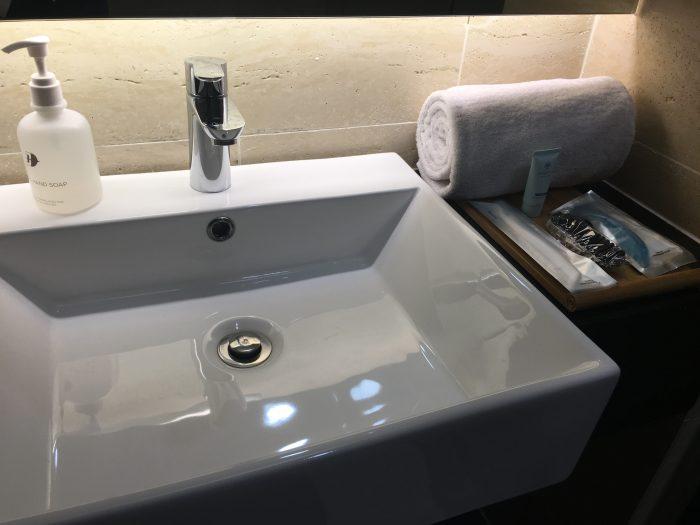 Considering the size of the First Class section – relatively small – they have three shower stalls available that are frequently cleaned. Cathay Pacific in Hong Kong is also very good in upkeeping their showers with sufficient amount of staff to tend to them.

I’m using showers at the airport quite often especially when traveling in South East Asia with tropical climate and taking a late flight out. A refreshing shower is really a life saver in these situations.

Even years back when I was an Admirals Club members, I frequently took advantage of this option when flying in the U.S. domestically. Priority Pass Lounges often have showers as well but might charge an extra fee in cash/credit card in order to use them (example is the Luxx Lounge at Frankfurt Airport that charges an extra 5 EURO).