Last month I wrote about the processing issues of Thailand Immigration that has now started to utilize the fingerprint scanners which they installed at their airport points of entry.

As per the  latest media reports, these problems are still ongoing and immigration queues are going all the way down into the concourse as processing is slow.

The method of Thailand’s fingerprinting system is currently being discussed on many platforms such as Flyertalk (access here) and Thai Visa (see here) where people are highly critical of the implementation of said system.

Some posts referred to a recent tweet of a Thai national (see here) who appears quite uncomfortable with how the country handles international visitors now: 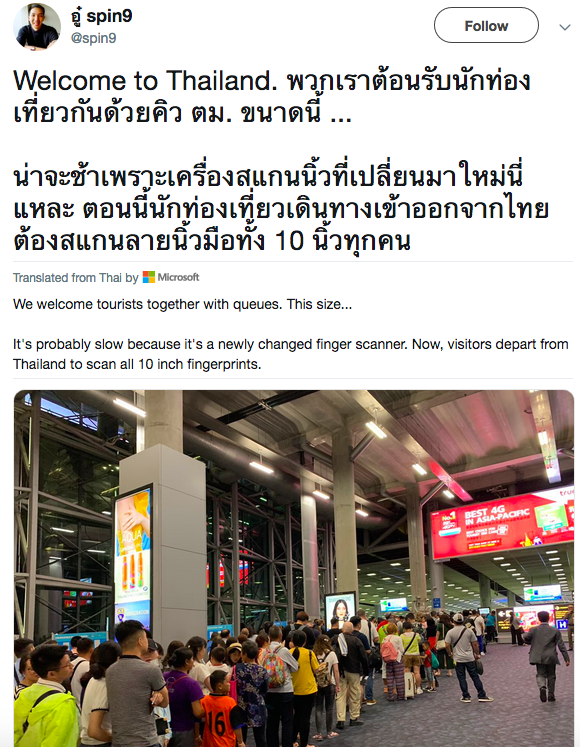 I think it’s important to look at a locals perspective as well but I’m not sure the current lines are solely to be blamed on the new biometrics collection system.

Flying into BKK every few weeks, I’ve seen such queues at the regular immigration on a regular basis and we’ve covered these here on LoyaltyLobby many times before such as below from 2017: 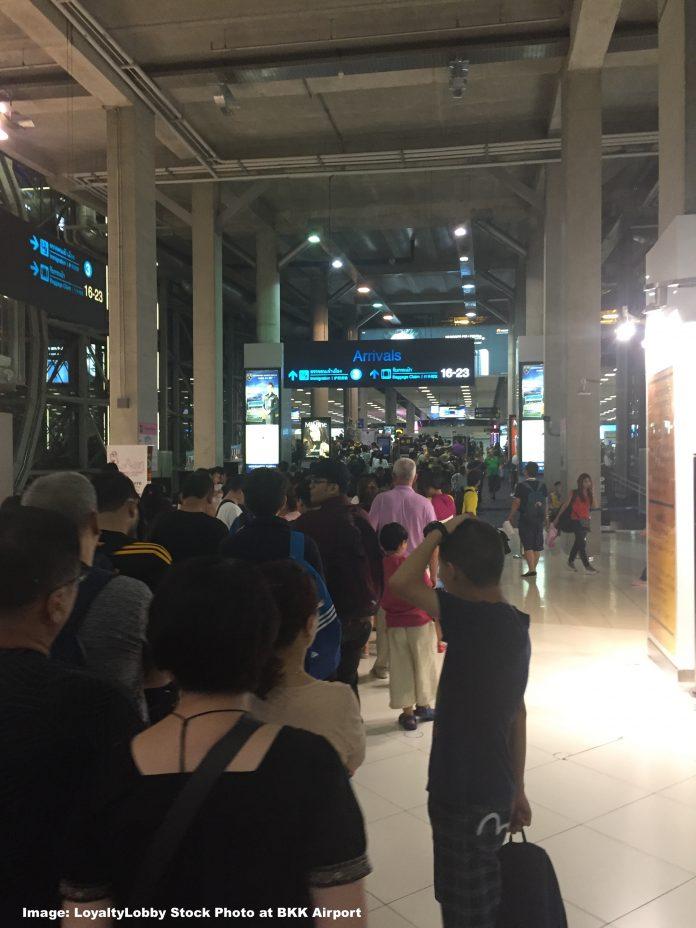 My experience arriving at BKK this week was once again not too bad, as I was using the fast track lane (which recently underwent it’s third revamp in just a short time and now requires a new voucher from the arriving airline that will be scanned at the door by service staff) while regular immigration was super busy and lines reached half way to the concourse at 4:15pm arrival time.

The biggest issue here isn’t the collection of biometric data but the way the immigration area is managed by the authorities and airport management. An important part of this problem is immigration officers that vary greatly in efficiency and at times even play around on their personal phones in between the process.

Thailand has spent 2 Billion THB on the new system as part of a security improvement plan but the most elementary things such as efficient staff that prepares passengers, provides translation or even cleaning equipment for the scanners is nowhere to be seen. Last month I saw technical support staff that were wearing blue vests but this week they were nowhere to be seen. Travelers often don’t understand how to use the fingerprint scanners and have very rudimentary English skills (as do the immigration officers). The result is chaos!