As Beijings New Mega Airport Is Set To Open, Domestic & Foreign Airlines Are Beginning To Move Their Flights Over

The new Beijing Daxing International Airport (PKX) is preparing to begin operations and according to the airport authority more than 60 domestic and foreign carriers are beginning to slowly move their flights over from the old Capital Airport. 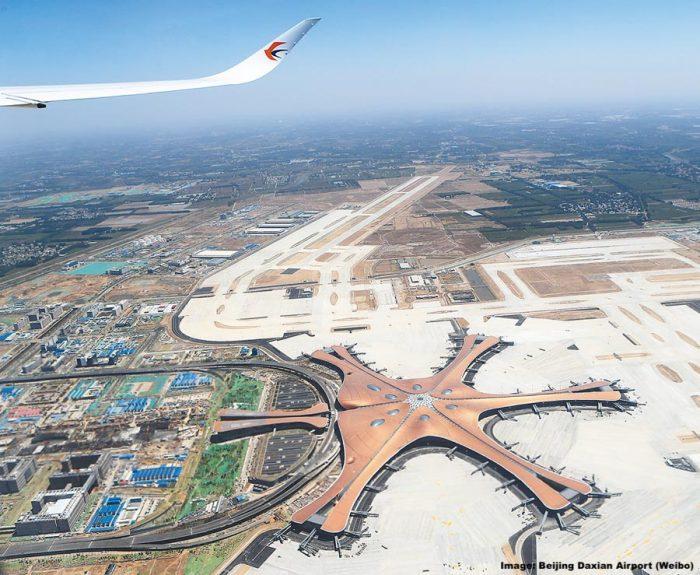 Passengers might now need to check carefully which day they will be flying to Beijing, because the two airports are quite far apart from one another and some foreign carriers will only operate part of their flights from the new facility, while on other days still operating to/from the old airport.

This split operation will cause plenty of confusion both with passengers arriving but especially those departing and potentially missing their flight if they go to the wrong airport as the distance between Capital and Daxing is substantial, you can’t make that up if you arrive two hours before the flight at the wrong airport.

As Asia Times reported the Daxing Airport is now in it’s final test phase before opening for live operations.

Beijing’s massive new airport has been officially cleared for take-off after an expert panel of engineers and officials from China’s Civil Aviation Administration completed an inspection at the end of last month.

China Eastern and its subsidiaries Shanghai Airlines and China United Airlines will operate more than 150 flights between them from Daxing, including international services from Beijing to the United States, United Kingdom, France, Australia, Japan, etc.

China Eastern’s cash cow, the Beijing-Shanghai shuttle express, hopes to cover four routes linking the two cities’ four airports – Beijing’s Capital and Daxing and Shanghai’s Pudong and Hongqiao – with about 30 flights per day to meet the buoyant demand of traffic between the nation’s two largest cities, despite the bullet trains that serve the two cities.

Flag carrier Air China will maintain its primary base at the Capital Airport but will also add new services from Daxing to major cities throughout the nation as well as major hubs across Europe. Hainan Airlines and Shenzhen Airlines have said they will continue to use the existing airport as their base. …

Carriers from overseas, Hong Kong and Taiwan will operate at both airports. Cathay Pacific, American Airlines, Delta, Finnair, etc, have already announced their respective new routes to Daxing to tap the potential of the new aviation node.

Situated about 46 kilometers south of Beijing’s Tiananmen Square, Daxing will serve the Chinese capital and its sprawling conurbation in neighboring Hebei and Tianjin.

In only four years, an army of 10,000 workers has turned large swathes of fallow wasteland into the nation’s newest aviation hub covering an area of 47 square kilometers, roughly two-thirds the size of New York’s Manhattan.

To get an impression about the location here is a map of Beijing and the surrounding area: 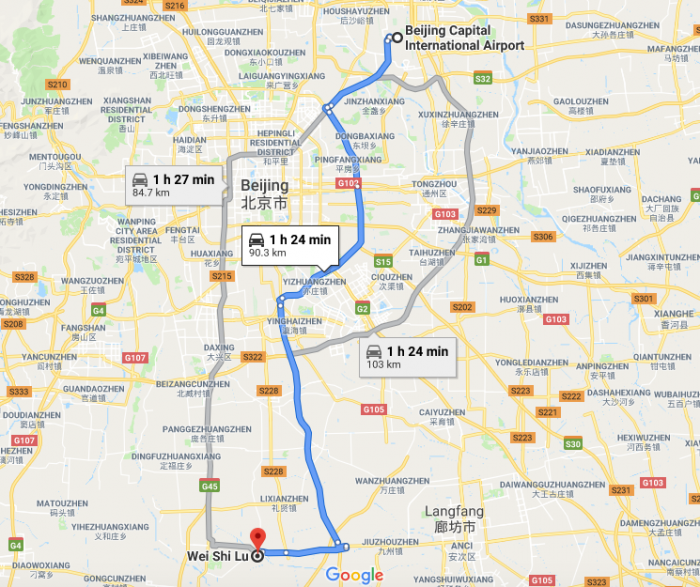 For residents and frequent visitors of Beijing this will result in significant changes to their travel time and might impact their decisions on which airlines to book if it means a shorter way to/from the airport.

When I travel to Beijing, I usually stay in Chaoyang and travel time from the airport has mostly been reasonable. This might change should a flight go into Daxing. I’m very curious about the new airport though.

LOT Polish Airlines has already announced they would fly to both Daxing as well as Capital Airport.

The flights between WAW and Beijing-Daxing (PKX) will be operated from 28th October four times a week:

The same goes for Finnair which will operate to Beijing International Daxing Airport on Mondays, Wednesdays and Sundays as of 3rd November, 2019 with an Airbus A330 aircraft. The new frequencies are in addition to Finnair’s daily flights to Beijing Capital Airport.

In my opinion this “split operation” will prove to be a disaster due to the reasons I mentioned before. Confusing airports, missing their flights and especially availability of connection flights.

This new airport will be phenomenal, though there will definitely a few kinks to be worked out in the beginning so a soft operation is likely a good idea. Does it sound great that foreign carriers are operating half/half? Not really.

It’s amazing how fast this airport has been completed – 5 years! Compare that to the Berlin Brandenburg airport in Germany where they’ve been mucking around since 2006.

If the reports that Air China will keep the majority of operations at Capital Airport hold true, then all Star alliance arrivals at Daxing will find themselves short of domestic or international connection flights. Especially bad for those on reward tickets that require the same alliance. 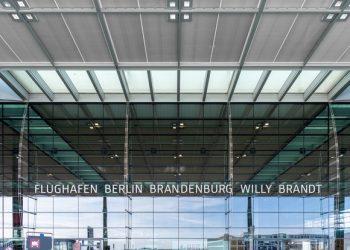