Marriott Bonvoy has been sending out survey invitations for Ambassador-program members to gauge their satisfaction with the program. 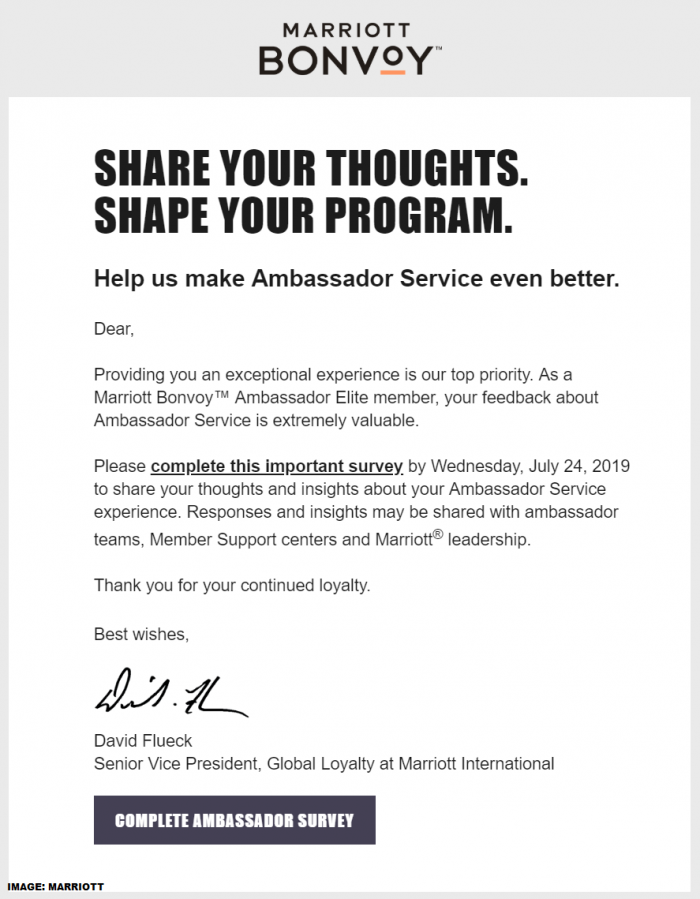 SPG launched an invitation only Ambassador-level early in this decade and later made it official requiring 100 nights per year. Marriott Bonvoy decided to launch it as a fifth elite tier (Silver, Gold, Platinum, Titanium & Ambassador)it and added a revenue component of $20,000 (minimum spend)..

You can access Marriott’s page for the Ambassador program here. 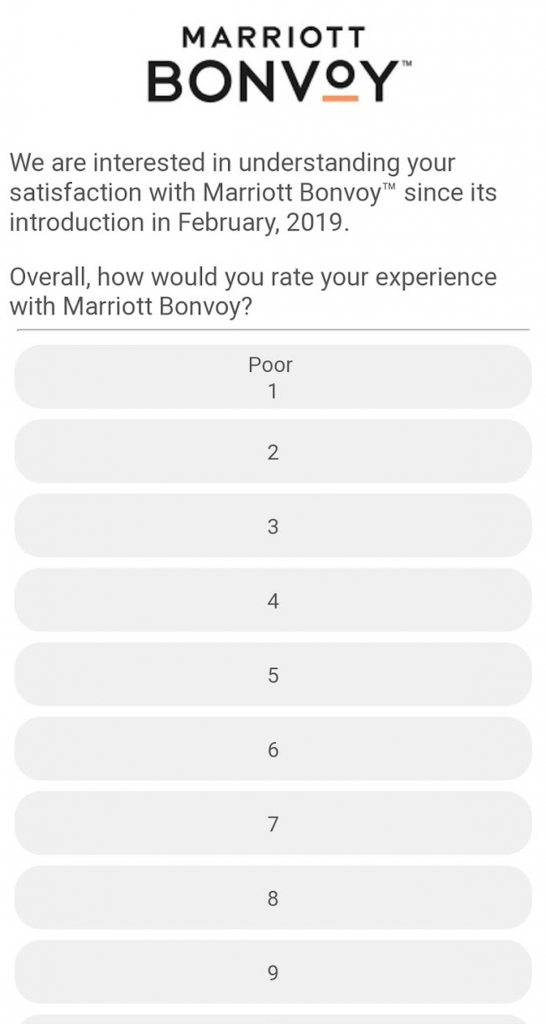 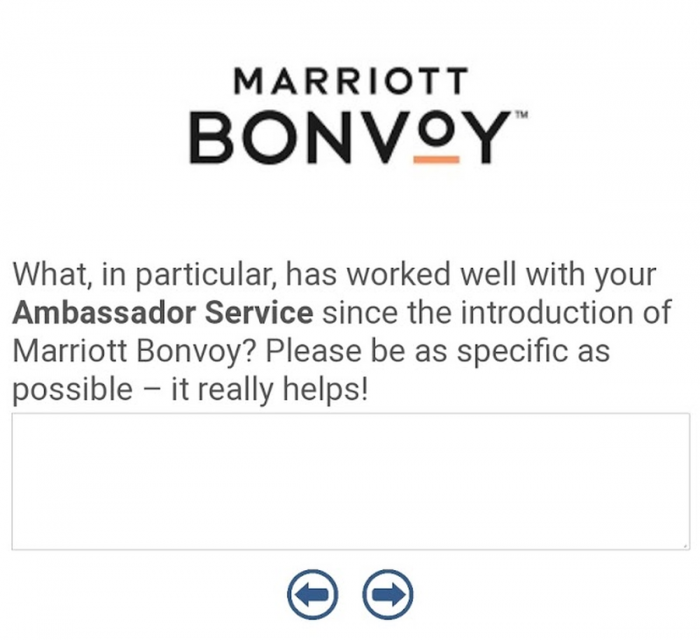 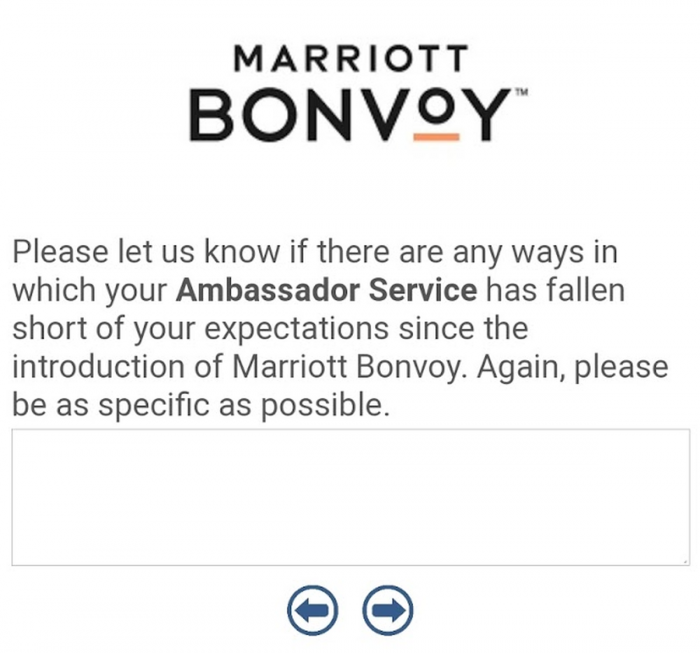 This wasn’t one of those never ending type surveys that take ages to complete (I usually just quit by closing the browser at some point).

I am glad that Marriott Bonvoy is trying to figure out what is the satisfaction level among the Ambassador members and what to do with the program going forward. Not sure if the Marriott management is aware of the dissatisfaction among Ambassador-members? This survey results may be eye opening for them.

I already wrote, back in the SPG times, that their marketing material and videos were over promising what was being delivered at the property level and what was being promised by the Ambassadors themselves. I was part of the program for the first year when it was officially launched by SPG and then joined again last year.

Marriott has basically, at minimum, tripled the number of members each Ambassador looks after and curtailed what they can do. At one point, they (Ambassadors) were not even allowed to call properties on behalf of members but had to rely on emails (that likely were not acted upon or even read).

Let’s hope that something good comes out of this, or will Marriott just end the program due to being unable to execute the service at the desired and promised level?