The Norwegian Air Shuttle founder and CEO announced that he will step down from his position at the airline effective today (July 11, 2019). Mr. Kjos will continue as an adviser to the CEO. 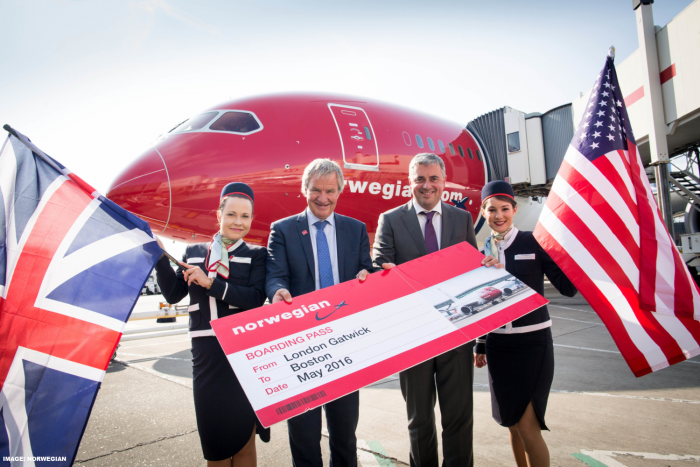 Norwegian has faced headwinds lately due to high debt load, rapid long-haul expansion, and grounding of the Boeing 737 MAX aircraft.

After 17 years as the CEO of Norwegian Air Shuttle, Bjørn Kjos (72) will leave the position and continue in a new role as an advisor to the Chairman, with effect from July 11th. Until Norwegian appoints a new CEO, CFO Geir Karlsen (54) will act as interim CEO, while Chairman Niels Smedegaard (57) will take on a more active role in the management.

“I am very pleased Bjørn will remain at the company as an advisor to the Board and the Chair. As Norwegian moves from growth to profitability, it will be an advantage for the company to benefit from Bjørn’s extensive network, in-depth knowledge of and experience with global aviation. We have already started the process of recruiting a permanent new CEO”, said Niels Smedegaard, Chairman of the Board of Directors at Norwegian.

“I am confident that the Board of Directors will find the best qualified successor to lead the next chapters of the Norwegian story together with the top management team. Leaving the exciting future tasks to a new CEO and taking on a new challenge as an advisor, is a set-up I am very happy with. I look forward to spending more time working on specific strategic projects that are crucial to the future success of Norwegian,” said Bjørn Kjos.

Bjørn Kjos is one of the founders of Norwegian Air Shuttle. During his tenure as CEO, the company has developed from a small domestic operation with 130 employees and four aircraft to a global and award-winning low-cost airline with more than 11,000 employees and 162 aircraft.

“Bjørn has played an unprecedented role in Norwegian’s success. His vision of offering affordable fares for all, combined with his enthusiasm and innovating spirit, has revolutionized the way people travel for pleasure and for business, not least between the continents. Bjørn is definitely one of the most influential European entrepreneurs of our time,” Smedegaard said.

Following a demanding period of financial and operational challenges, fueled by significant investments, Norwegian changed its strategy from growth to profitability in 2018. Going forward, the company will harvest from its rapid global growth and investments. Running a profitable business and boosting company value to the benefit of shareholders, customers and employees will be key for the CEO going forward.

“We have to ensure that Norwegian is well prepared and positioned to handle volatile markets and unexpected events. It is crucial that we continue to deliver on our cost reduction initiatives and that we constantly ensure that we have a route portfolio that yields profit. It is also important that the new CEO develops an organization that embraces continued improvement and operational excellence,” Smedegaard added.

It has been speculated for several months as to when 72-year old Mr. Kjos would retire from the airline of which he still controls roughly a quarter of.

IAG, the parent of British Airways/Iberia/Aer Lingus/Vueling/Level, tried to engage with Norwegian by buying a stake. Norwegian, however, shrugged them off, but perhaps they will now have another look whether being taken over by IAG or by any other airline would be a preferable option for shareholders and interested parties.

Low cost airlines expanded to the transatlantic market, but two of them (Wow and Primera Air) have already collapsed. Norwegian has been unprofitable but shareholders and other investors have been willing to put up more capital to finance the losses in hope of future profits.