There have been more news coming from Italy regarding Alitalia that has been in bankruptcy for the past two years and lost billions after billions over the last twenty or so years (has this airline ever turned a profit?). 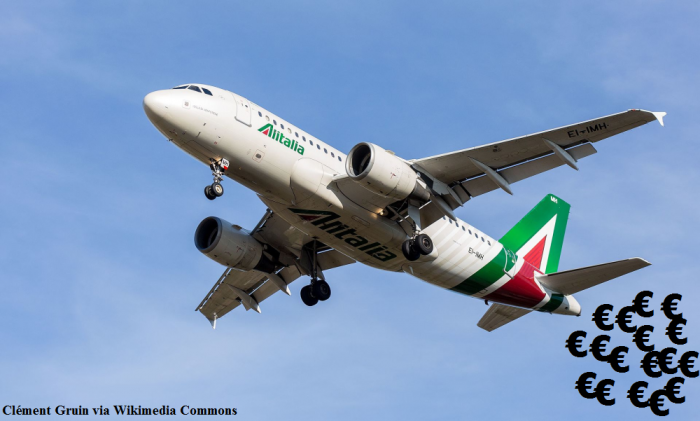 The airline is essentially nationalized. The government of Italy and railway operator (100% owned by the government) being the majority shareholders while Delta and Atlantia (highway and airport operator in Italy) will own part of the new company.

The old Alitalia (this is yet another restart) will be left more than three billion in debt that is covered mostly by the tax payers and unsecured creditors. The management (or the government) is already promising employees that there won’t be job cuts.

Here’s an excerpt from AINonline (access their piece here):

Following months of delay and persistent changes to various deadlines—including the deadline to repay a government-backed €900 million bridge loan—the re-launch of Alitalia appears within reach as a second private investor group has won the right to participate in the rescue operation of Italy’s perennially loss-making national airline.

“Yesterday we received four expressions of interest regarding a possible participation in Alitalia,” a spokesman for state-owned railway operator Ferrovie dello Stato Italiano (FS), which leads efforts to find new shareholders and devise a business plan for the “New Alitalia,” told AIN. The board of directors considered the four proposals at its meeting on Monday, he said.

In a statement released Monday evening, FS said the board had identified Italian motorway and airport infrastructure group Atlantia as a partner alongside Delta Air Lines and the ministry of economy and finance on the Alitalia rescue operation. It will start working with the chosen partners “as soon as possible” to share the business plan and the other elements of the possible binding offer.

This essentially means that the Italian tax payers are subsidizing the highly unprofitable airline yet again. This is not the first, the second or even the third restart of the airline.

You would think that at some point someone in Italy would come to a conclusion that throwing more money into this unprofitable exercise is lose-lose proposition?

The Atlantia was likely forced to become a partner due to “owning” government a favor after the bridge collapse in Italy. Not exactly sure what Delta sees here? I guess that they are willing to lose some cash keeping Alitalia live couple of more years and keep competitors at bay.

I’ll see another rescue in two to three years time….

Airfare of the Day [Business Class] ALITALIA New York to Cairo from $1,989