Today we received a Reader Question asking about the immigration lines at Bali Ngurah Rai Airport and if there is an option of using a Fast Track to speed through the arrival procedures. 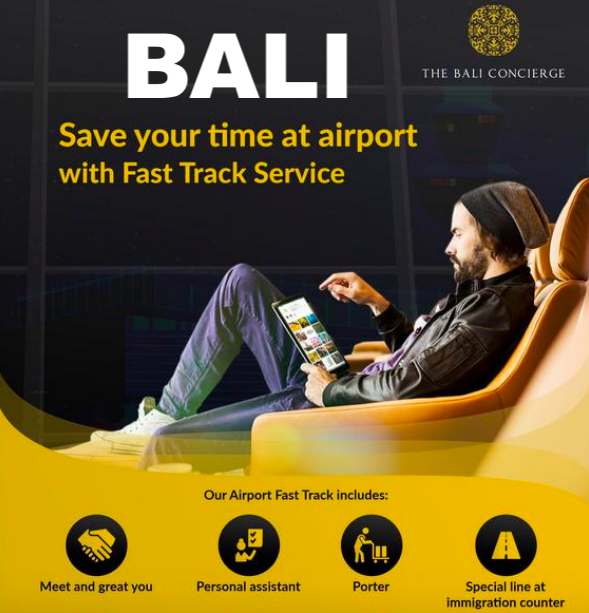 Bali Airport can be either heaven or hell depending on what time of the day you’re arriving there, which mirrors any other international airport. Since Indonesia began to collect the fingerprints of travelers the lineup can be extremely long if you have the misfortune of arriving together with a few other planes whose passengers then fill the arrivals hall at Bali Airport to capacity.

In the old airport there were always people hanging around the immigration area who essentially collected bribes from travelers who were willing to pay for a shortcut. They would then have these people processed at the Citizen or Diplomatic channels and distribute part of the bribe to the officials there.

These figures seem to have disappeared now (at least I haven’t seen them the last 6+ times I’ve been to Bali since the new terminal opened) and immigration in Bali has to go through regular channels.

Dennis from Australia sent me an email after my recent Bali articles and asked if there is still the possibility of a fast track.

The answer is yes and there are multiple ways. As an Australian citizen he could apply for the APEC Travel Card that gives him access to APEC fast track counters at all countries participating in the scheme. The application process varies by country, both the U.S. and Canada are very easy to get an APEC card.

An easy commercial option is to use The Bali Concierge where you pay for the official fast track service available. The cost is 450,000 IDR which is roughly US$32 and can very well save a good portion of your day.

If you arrive midday or in the early afternoon, getting out of the airport quickly can make a difference of being able to spend a few hours by the beach or not. Spending that money is somewhat of an insurance policy. If there is nobody in line then well you just blew thirty bucks. If the arrivals hall is hell on earth, then it’s the best money ever spent. Keep in mind you can’t book this service upon arrival.

There is also a discount program where you can save 20% for a (positive?) comment on Tripadvisor:

Not sure if all this is worth the trouble of saving $6 but if you arrive with a family then it might be worth it.

The process now is relatively quick because Indonesia has eliminated the paid visa on arrival for most nationalities and instead moved to a visa waiver system (there are still a range of countries that do require the VOA). For eligible travelers I always recommend having a look of getting the APEC card as it helps at many destinations.

So far Bali Concierge fast track was able to really speed me through, saving at least an estimated two hours. Other times, it was a futile as there was literally nobody in the arrivals hall. Consider the investment as a backup and not having to worry then it should be ok.