Cathay Pacific announced on Friday that it has completed the acquisition of Hong Kong Express Airways (HK Express) and the airline will soon join the Asia Miles program as rewards partner. 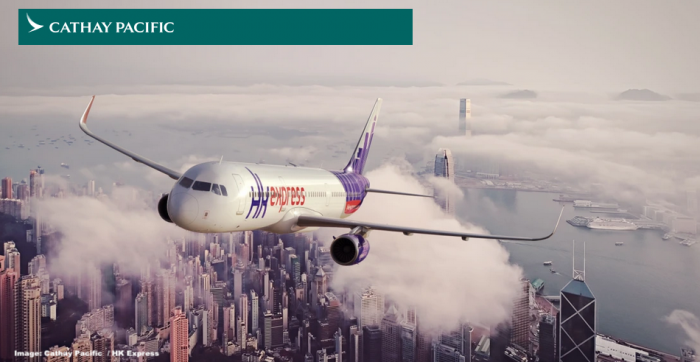 Reward-U – the low-cost carrier’s own loyalty programme, will end after December 31st of this year, members can still earn Reward-U points from HK Express and other non-airline partners on or before August 20.

With the HK Express acquisition, Cathay now has it’s own low cost carrier in the portfolio, which seems to be a trend among the large carriers for many years now. So far Cathay Pacific as mainline and Dragon Air for regional flights have both been known as a rather upmarket brand.

Cathay Pacific announced the acquisition on Friday and a few more details over the weekend too.

“HK Express will continue to operate as a stand-alone airline using the low-cost carrier business model. I would also like to reassure HK Express customers that there is no change to the airline’s operating model and that business will continue as usual. …

Mr Hogg explained that the acquisition of HK Express is an attractive and practical way for the Cathay Pacific Group to develop and grow its aviation business over the long term, while also enhancing the competitiveness of its Hong Kong home base as a leading aviation hub.

It definitely makes sense to try and keep prospective low budget customers close to the company with a wholly owned brand rather then driving them to the competition. Many airlines serve Hong Kong and local brand Hongkong Airlines, which is tied to Hainan Air, has also grown popular over the years.

Details about the future of Reward-U are already up on their website, suitably title “Goodbye”.

While it’s hard to say goodbye, we want to make this transition as smooth as possible for our members. Please be reminded to check your account points balance by following the instructions below, and redeem your rewards by 31 December 2019.

To allow members to continue discover the joy of travel and everyday rewards, we are also introducing the option to convert remaining reward-U points into Asia Miles at a rate of 8 points to 1 mile from fourth quarter of 2019 to 31 December 2019.

What’s important is that members with eligible balances are able to redeem their Reward-U points on flights operated by HK Express and claim missing points or flown flights on or before December 31, 2019. In the future a voucher system will be in place that assigns a monetary value to a certain alotment of miles.

It’s a good fit for Cathay Pacific as the only other alternative would have been to found a completely new airline. The other main competitor is tied to mainland carrier Hainan (HNA Group) so not really a candidate for acquisition at this point.

We’ve seen this move with European carriers who started their own budget arm but also in Asia. Singapore Airlines has Scoot, JAL recently announced their new ZIP Air among others.

Hilton Honors Asia-Pacific 100th Anniversary Up To 35% Off Sale For Stays Through February 29, 2020