British Airlines pilots have casted their votes about whether they are supporting labor action this summer holiday and 93% of them are backing to go on strike as do Heathrow Airport workers. 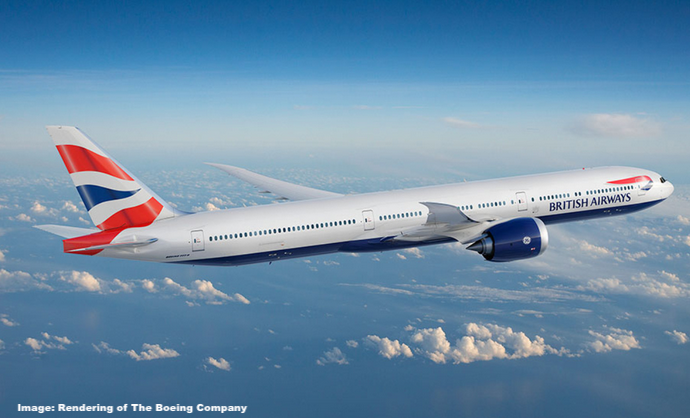 Possible strike dates are 6th August 2019 onward though British Airways is seeking a court injunction that would prevent the British Airline Pilots’ Association (Balpa) from striking.

Typically the union is now trying to blame all of this on the airline but can one really have sympathy about pay and benefit matters when it comes to the salary level of a pilot?

The Guardian reported about the high acceptance vote of the pilots last night.

… In the ballot, 93% of BA’s 4,000 pilots voted in favour of taking industrial action after rejecting a three-year pay deal. Strike dates have yet to be announced by the pilots’ union Balpa, which must give two weeks’ notice of any action.

BA is now trying to obtain an injunction to prevent a strike, with a hearing due in the high court on Tuesday morning. It means that Balpa could set a strike date for 6 August if the BA injunction attempt is defeated and the union immediately gives notice of planned walkouts on the same day.

The union’s general secretary, Brian Strutton, said the mandate, on a 90% turnout, demonstrated the pilots’ resolve and the need for BA to improve its offer to avert a strike. He said: “Settlement of this dispute is in BA’s hands. We do not wish to inconvenience our customers which is why we have tried to resolve this matter through negotiation starting last November. It is BA who has regrettably chosen to drag this out into the summer months.” …

BA, which carries up to 145,000 passengers per day, said it remained open to peace talks but that its proposed pay offer of 11.5% was fair and had been recommended by the Unite and GMB trade unions to their members working at BA in other roles.

The 11.5% pay rise would stretch over a three year period. BAsed on the UK Office for National Statistics the annual inflation rate is presently 1.9% though with Brexit coming up there might be a negative impact on inflation and costs overall.

British Airways pilots earn an average of £95K annually (depending on seniority – many earn more). Do I feel bad for them? Not really.

The UNITE union representing ground workers at London’s big three airports Heathrow, Gatwick and Stansted has also announce strikes for the next couple of weeks, preparing passengers leaving from London for a stressful summer.

Unite said that over 4,000 employees including security guards, engineers and passenger service staff were set to walk out for six days, including two of the summer’s busiest weekends, in a move that could potentially shut down the airport.

Unite said the dispute had escalated after Heathrow made an 18-month pay offer that would give the lowest paid an extra £3.75 a day. The union said there was deepening anger over pay disparities between workers, as well as over the pay of the airport’s chief executive, John Holland-Kaye, which doubled last year to £4.2m, while shareholders also took billions in dividends.

As far as that is concerned I don’t feel that’s too much to ask. Those airport workers with the lowest pay would get an extra £100 a month. Considering how expensive it is to live in the London Metropolitan area and to commute to the airports every day this would take some of the heat off those people.

Especially in tough economic times paying for housing or a tank full of gas is much harder for a general worker at the airport on a mediocre salary compared to a pilot who earns £100k per year.

Considering the challenges that British Airways is going to face such as the IOC fines for the data breach and a Brexit fallout I’m not sure this is the proper time to request higher wages and make the company bleed. Especially as the pilots are already among the top earners of the food chain.

Even though British Airways did report a £2 Billion profit for last year the IAG stock price is down 30% for the last year – a two year low. Maybe in that case the top management should take a pay cut?

Here is what IAG’s directors earned in 2018:

If you don’t want your holidays to be ruined – especially when traveling with children – I’d look into avoiding British Airways this summer. If already booked, you’ll have to wait until BA officially cancels your flights unless they come out with a re-booking policy. You can then contact the airline or your travel agent for re-bookings and cancellation options.

Keep in mind that during a strike the airline doesn’t have the duty of paying EC261 cash compensation for delays and cancellations resulting from the strike. They do however have the duty of care and this includes providing hotels, meals and most importantly re-bookings to other airlines including other alliances. Customers might have to push for these proper changes and specifically mention the airlines obligations under EC261/2004.