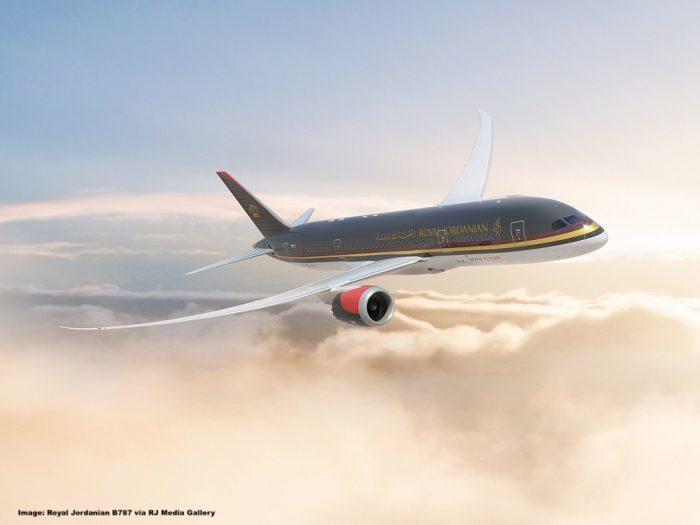 These flights can be an extremely good deal between international destinations, often considerably lower priced than they local competitors such as the local / national airline of the country they are flying from.

Not only is the price of the ticket low, but the aircraft itself can be a much better experience than those flights operated by regional peers on small single aisle aircraft.

The most recent example of these flights I took was this week, Royal Jordanian from Kuala Lumpur to Bangkok last Monday, booked for a decent price of $68.39 for the one way in Economy Class.

The price of $68.39 for this Royal Jordanian ticket was very cheap compared to $144 on Malaysia Airlines for the same day, and MH would have been a single aisle aircraft. My primary concern, however, was that I still had a fast track voucher from Royal Jordanian for Bangkok and none left from MH. Turned out that was a wise decision as the lines were crazy once again.

There would have also been the option to book Royal Jordanian Business Class for an even $170 but I felt that’s a waste of money. My last RJ Business Class flight from HKG to BKK didn’t even serve a meal and even if, I visited the Malaysia Airlines First Class Lounge ahead of the flight and had dinner there.

Officially, this ticket issued in a booking class (Q) that still earns a tiny bit of mileage with British Airways Executive Club and 5 Tier Points on top (compared to zero for ‘N’ Class on Malaysia Airlines where so many web saver fares end up). However, in reality, Royal Jordanian never ever reports the miles to BA. Keep that in mind no matter if you’re flying them in Economy or Business Class. It’s very annoying to reto-claim and BA requires you to send in boarding passes for RJ flights (welcome to 2019).

There are a range of other Fifth Freedom continuation flights that come to my mind where passengers can save a good amount of money and enjoy long haul equipment, such as:

This option enables people to fly on very affordable tickets that are sometimes even lower priced than budget carriers and usually come will full benefits such as baggage, meals and elite benefits for the respective alliance. In this case I was able to use the Malaysia Airlines First Class Lounge in Kuala Lumpur with my OneWorld Emerald status.