The Compensation Clinic makes a stop at the Grand Hyatt Bali where I had a stay about a month ago that I cut short due to the constant noise from a neighboring property. 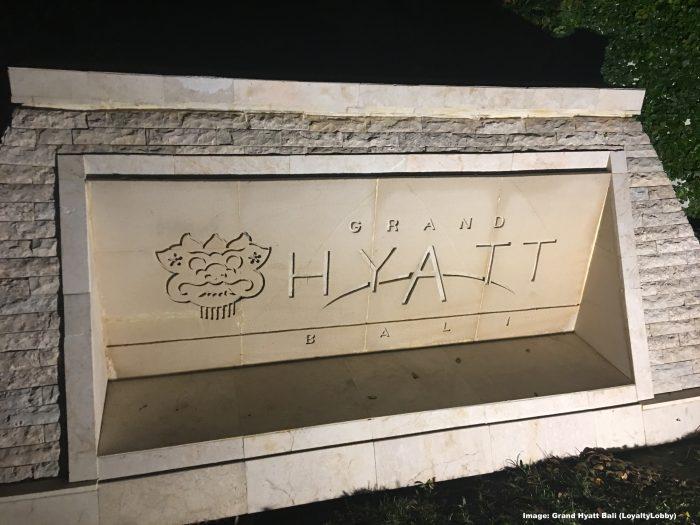 I’ve stayed at the Grand Hyatt Bali a couple of times and even though I think the property has the nicest beach in Bali, the hotel urgently needs renovation of their rooms & suites. In the summer months there is another issue, which is loud noise from properties adjacent to the Grand Hyatt, even way past midnight.

The first night at the hotel was already horrible as some vibration from an outside source caused the windows to rattle, which was loud like a small motor. The technician was in the room trying to find a workaround until 1:30am. It was fixed permanently the next day.

Starting from the second day onward, the resort next door started to host parties in the evening and the music was blasting all over the resort as late as 12:00am. While not directly the fault of the Grand Hyatt, I think there should be a remedy for this as Nusa Dua is a quiet resort area and not a party district like Kuta or Seminyak. The hotels there should come to an agreement that it’s not appropriate to blast music all over the place at late hours as people were extremely unhappy, which could be overheard outside on the balcony.

After talking to the Front Desk manager twice without any improvement (he promised to get in touch with the neighboring resort and talk to their manager) I ended up calling Hyatt and giving the Manager of the WOH Department a taste of the noise which was easily audible over the phone. Even the walls were vibrating from the bass and if you stayed at the GH Bali before, these are solid buildings.

Customer Service ended up refunding the entire stay at the Grand Hyatt (32,000 points):

I ended up leaving one day early and changed hotels, going an extra night to the Alila in Ubud instead (unfortunately not yet Hyatt participating at that time).

Initially, I only asked Hyatt to refund the points for the last night I wanted to leave earlier but they offered to refund the entire stay.

As mentioned, Nusa Dua is normally a quiet resort area. I don’t expect deathly silence at 9pm but having such loud music at midnight is over the top. When I like to go out, since it really gets boring after a few days, I either take a car or actually stay for a couple days in Seminyak where there is more of a lively vibe.

This noise regulation is an issue the municipality should take care of, as Nusa Dua has many hotels, some of them which are quite expensive. Some things, such as security, are also regulated by the local government.