This week the Compensation Clinic-case comes from my stay at the Sheraton Melbourne back in early August.

I checked in early in the afternoon and was really tired. There was no way that I could get through the day unless I had a nap. 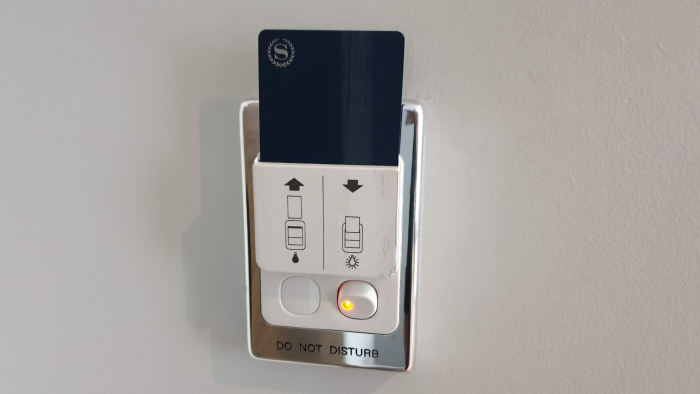 Turned on the Do Not Disturb (DND) light (they didn’t have those signs that you just put out on the door knob).

I was woken up less than an hour later when someone knocked the door, came in and delivered an amenity.

Received a short survey while I was in-house (when booting up the internet) about how my stay was going. Noted the issue with the DND.

I spoke with the front desk manager at the time of checking out to close the case. She told me (like she would be a qualified agent) that they would need to conduct an investigation to find out who entered the suite, when and why. Wasn’t this obvious? F&B employee who came in to deliver the amenity.

Never heard from this manager ever again.

Received an after stay survey from Marriott and noted the issue. Got an automated email from the survey company pretending that the email would be from the hotel. Note that nobody at the property has even read the feedback or acted upon it yet. These emails from Medallia are made to sound warm and fuzzy.

Then received 15,000 points deposit to my account two weeks later.

SPG used to have compensation guide available for hotels what to do and how many points to deposit for various inconveniences. It seems that Marriott has scrapped this.

I would have rather closed this issue while at the property rather than dragging it for three weeks while she was “investigating” what had taken place.

The correct procedure would have been for the F&B employee to slide a note under the door that they tried to deliver an amenity and call back when it is an appropriate time to do so.